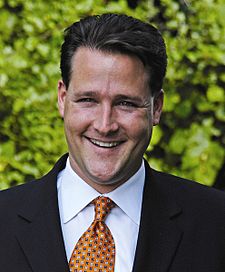 Welcome to the third article in our four-part series on successful behaviors that hold the key to peak performance. These four keys to integrity selling determine whether a sales person will struggle to sell 10 units a month or become a top producer who earns into the hundreds of thousands of dollars.

A Recap of Key Traits That Drive Successful Beliefs and Behaviors:

Previously, we described Achievement Drive as the power to beat the odds, to triumph over challenge and to tap into deep reserves of persistence, determination and a never-give-up attitude. Goal Clarity means having clear, specific, written goals that you truly believe are attainable and that you feel you deserve to achieve. The focus of this article is on Healthy Emotional Intelligence which grants us the ability to understand emotions and how they impact behavior. Without it, a sales person with high achievement drive and goal clarity will sell you some cars, but wreck your CSI ratings and the morale of your dealership in the process.

At the foundation of emotional intelligence lies a strong sense of self-awareness that allows top sales people to adapt their behavior and do things that might not come naturally, but need to be done to increase success. We all have habitual attitudes, beliefs and actions as well as a behavior style that come to us naturally. People with healthy emotional intelligence are aware that what’s most natural and comfortable isn’t always what’s most effective. If they’re successful they adapt, if they’re average they do what feels good, taking the proverbial path of least resistance.

Let’s say one of our sales people (we’ll call him Joe) has strong personal beliefs about the advantages and benefits of leasing. Joe believes leasing is the best way to lower the customer’s true cost of driving, minimize resale risk, increase owner loyalty and provide more car for less money. He loves that it gets the customer back to the dealership in an equity position before they get aggravated with the higher cost of maintenance and repair. If Joe feels this passionate about a particular way of paying for a vehicle but lacks the emotional intelligence to keep his feelings in check, he’s likely to blow the deal entirely when he encounters a customer who “just wants to own it.”
“Healthy Emotional Intelligence helps a sales person recognize that fear of rejection kills success, if allowed to rule behavior. Build emotional intelligence and you’re better equipped to deal with negative emotions and resistance to change.”

Emotional intelligence produces traits like stability, persistence, steadiness, even tempered control and the ability to deal with rejection. This can be an incredible asset in your Customer Relationship Center (CRC) where a person might not always be in the mood to dial, but has the ability to recognize this and does it regardless. You don’t need a CRC to appreciate the power of enhancing the ability to deal with rejection in the car business. One look at the showroom traffic log and we have proof that selling isn’t easy. How many customers do we have to greet before we sell a car? How many incoming phone opportunities do we have to handle before we set an appointment? How many outgoing calls does it take before we reach the person we need to speak with? What can all that rejection do to a sales person’s enthusiasm when welcoming the next opportunity to the showroom floor? If we allow fear of rejection to rule our actions, we soon learn the best way to handle it is to drop the unsold follow-up process entirely because the odds are simply not working in our favor. The best sales people realize this and refuse to allow fear of failure to cripple results.

Healthy Emotional Intelligence helps a sales person recognize that fear of rejection kills success, if allowed to rule behavior. Build emotional intelligence and you’re better equipped to deal with negative emotions and resistance to change. But how do we recognize a person with strong emotional intelligence? They’re driven by a strong sense that they create value for others. They maintain a level emotional response despite the ups and downs. They understand their own emotions and the influence emotions can have upon their sales behaviors. They’re able to pick themselves up after repeated rejections or missed sales. They’ve learned to replace negative emotions with positive ones.

If understanding and controlling our emotions is essential for attaining higher levels of performance results, how can we cultivate high emotional intelligence in ourselves and our staff? It’s not something that can be intellectually learned; simply knowing about it doesn’t mean you have it. Rather, it needs to be experientially developed. William James said, “Do the thing you fear and the death of fear is certain.” One great way to encourage doing the things we fear is to offer positive reinforcement; to catch your people doing something right. You can ask for examples in your daily Make-A-Deal meetings and weekly sales meetings. People often need to be reminded of the success they enjoyed when doing something they originally feared or simply weren’t in the mood to do. Look for the fi al installment in this four-part series next month, when we will turn our attention to Excellent Social Skills.

Sean Wolfington is the owner of BZResults.com. He can be contacted at 866.802.5753, or by e-mail at swolfington@autosuccess.biz.