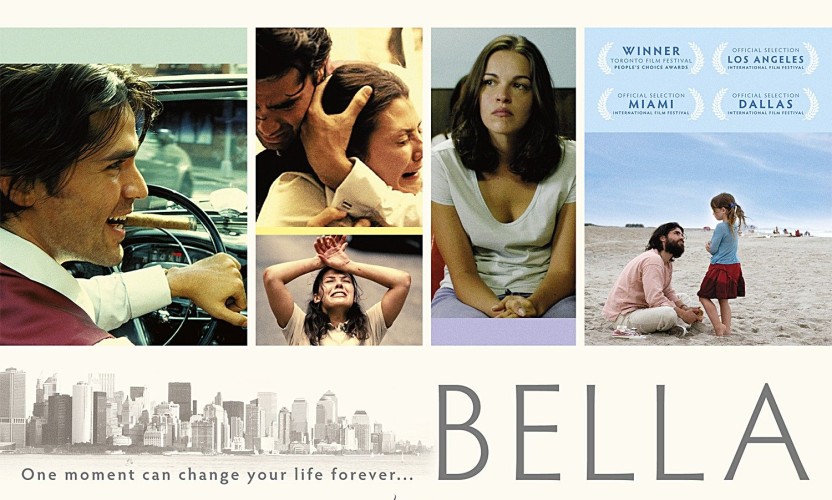 The rookies behind the indie hit “Bella” share lessons learned on the road to box office success.

When we set out to make our first film, Bella, we asked a lot of people in the business for their advice. While many people offered incredibly valuable insights into different parts of the business we could not find anyone who could summarize the entire process in simple terms we could easily understand.

So we thought we’d share a few of the lessons we learned the hard way, and hopefully make the road to success a little easier for other first-timers like us.

Development: This begins with a concept for a story and ends with a script that is ready to shoot and has talent attached. Once the entire film is packaged with the talent and script, it is ready to send to distributors and financiers to get the project green lit. The producers will need to create a schedule and a budget for the entire production. A happy ending for the development of a film would mean its production budget is financed, the film has distribution up front and the best director and talent for the project are committed and ready to go. In some situations, like ours, you may have all of the above except for distribution, which means you finance the film outside of the studio system with the hopes of selling it to a distributor later – or renting a distributor’s system as we did with “Bella”.

Production: Production is broken down into Pre-Production, Production and Post-production. The objective of pre-production is to get everything ready for production so when the entire production staff and actors arrive they are ready to shoot principle photography. The pre-production includes opening the production office, hiring all the department heads (assistant directors, set design, make up, screen supervisor etc), hiring the caterer, getting permits, locking down locations, making living arrangements for the talent and many other tactical details. Essentially the producer has to quickly create an entire office and company of people who are ready to work effectively together on day one when shooting commences.

The next phase is known as “production” or “principal photography” — this is when the film is shot. This is the part of the process most people think about when discussing the “making of a movie” but in reality this is often the shortest part. The biggest challenge of production is that the producer and director of the film have to cast a vision to an army of sub-contracted professionals and convince them to all work together in the same direction for a short period of time in a high pressure environment where they have to navigate a demanding schedule, odd work hours, budgetary constraints, union rules, unpredictable obstacles and caffeine induced emotional explosions that initiate in different departments throughout the day.

Distribution: Ideally, producers will secure distribution long before beginning pre-production. Unfortunately that’s not what happened with Bella. In fact, even after we won the People’s Choice Award at the Toronto Film Festival, the major distributors continued to turn us down.

So we decided to take Bella directly to the people. We launched a grassroots marketing campaign targeting organizations we believed would support our film – specifically, Latino, adoption and faith-based groups. We screened the film for group leaders and asked them to mobilize their members on our behalf. The result was that 500 people pre-purchased entire theaters for opening weekend.

With this information in hand we re-approached Michael Burns, the vice-chairman of Lionsgate, who was one of the very few people who believed in our film early on. He connected us with a fantastic distributor that they just invested in called Roadside Attractions.

And the rest is history. Audiences rated Bella as the #1 film on websites like Yahoo!, RottenTomatoes.com and Fandango. We finished 2007 as one of the top 10 highest grossing independent films, and our dvd has grossed over $5 million in its first week of release.

When there is a great idea and people that are passionate about bringing that idea to the world through a film, anything is possible. I think that some of the greatest things can happen from crazy people who are willing to try despite the difficulties. So that is the most important message: don’t let the doubts keep you from trying because it is amazing what can happen if you have a little faith, a lot of passion and a ton of hard work.