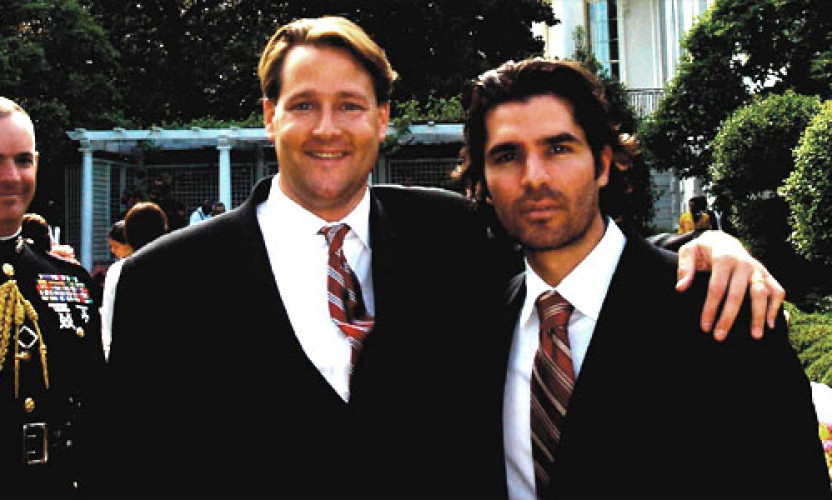 Latino groups, church leaders, businessmen and an army of folks from various walks of life took up the cause of “Bella” and its pro-adoption theme.

That’s the message of a recent e-mail imploring fans of “Bella” to do whatever they can to keep the small-budget, family-oriented movie … in theaters during the height of the fiercely competitive holiday movie going season.

The PG-13 rated movie, which features a largely Latino cast with a mix of English and Spanish dialogue, tells the story of a New York waitress, played by Tammy Blanchard, who struggles over whether to seek an abortion because of an unplanned pregnancy. She is befriended by the restaurant’s chef (Eduardo Verástegui), a onetime international soccer star who is haunted by a tragedy in his past.

Behind the scenes of the heartwarming indie film is an aggressive grass-roots marketing campaign that began more than a year before the film’s release in October. In the campaign, such unlikely forces as adoption advocates, Latino groups, church leaders, businessmen and an army of folks from various walks of life took up the cause of “Bella” and its pro-adoption theme. Since its Oct. 26 release, “Bella” has grossed nearly $6.8 million in North America. This past weekend, it grossed $426,764 on 435 screens. At its widest, it reached 457 screens. By comparison, the grisly horror film “Saw IV,” which opened the same week as “Bella,” reached nearly 3,200 screens.

But producers fear the intense competition for screens at the holidays could impede their efforts.

“We’re alive, but at any moment we could die,” said Sean Wolfington, one of the film’s producers. “Every week we’re trying to survive because we don’t have ad budgets. Every week there is some type of publicity that helps us survive.”

The film has yet to open in Mexico, where one of the lead actors and the director are from. Singer and actor Verástegui, 33, starred in five highly rated “telenovelas” or soap operas (his biggest soap was “Sonadoras”) in Mexico before making “Bella.”

Several years ago, he abandoned his career track determined to make films that do not exploit media stereotypes of Latino men as gangbangers, bandidos and Latin lovers. “My goal is to elevate and heal and respect the dignity of Latinos in the media,” the Antonio Banderas look-alike said in a recent phone interview. Because of “Bella,” he was invited to the White House last month to deliver the keynote speech as part of National Adoption Day, despite the fact, if the truth be known, that he knew next to nothing about the issue when he began the film.

Writer-director Alejandro Monteverde came to the U.S. in 1994 with no money and speaking no English, found work as a dishwasher and later entered film school at the University of Texas at Austin. He said he made short films by selling his car, abandoning his apartment and sleeping on a couch in the university’s campus mail room. “Bella” is his first feature-length movie.

Today, the 30-year-old filmmaker finds himself courted by powerful elites. Earlier this year, First Lady Laura Bush invited him to stand with her as President Bush delivered the State of the Union address to a joint session of Congress. Monteverde shaved his beard for the occa- sion and was so clean-cut that friends say they didn’t recognize him.

Both men marvel at the doors their little film has opened for them. As an aside, Monteverde noted that Ali Landry, who appears in the film and was a 1996 Miss USA contestant, is now his wife.

“My father told me, ‘Guys, even if you don’t sell one ticket, what a ride!’ ” said Verástegui.

Genesis of an Idea

The film is based on an original screenplay that Monteverde co-wrote with Patrick Million and Leo Severino.

Monteverde said he got the idea for “Bella” during two days driving from Austin to Los Angeles. “It was born in my head,” he said. “. . . I wanted to make a love story,” he added, stressing that it was never their intension to make a political movie. “We didn’t want to make a film that would be put in a political box.”

Severino, Verástegui, Monteverde, Denise Pinckley and Sean Wolfington produced the film. Florida businessman Wolfington, along with his uncle, executive producer J. Eustace Wolfington, financed the movie to the tune of $3 million. The filmmakers, the Wolfingtons and Severino have formed a production company called Metanoia Films.

Monteverde said they entered the film at the 2006 Toronto Film Festival hoping that if it was accepted they could use it on their advertising posters. The film not only was accepted, it walked off with the festival’s coveted audience award.

At that point, the filmmakers were feeling so high they thought it would be a cinch to land a distributor — but they were wrong. All studios passed, claiming they didn’t know how to market it.

“Despite not being able to get a distributor, we had all these people raving about the movie,” Sean Wolfington recalled. “We were at a crossroads. Were we just going to go on and lick our wounds or invest more? Did we believe in ‘Bella’? Obviously, we chose the latter. 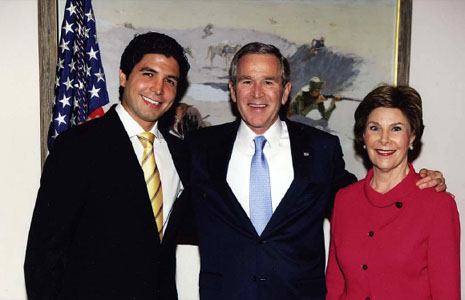 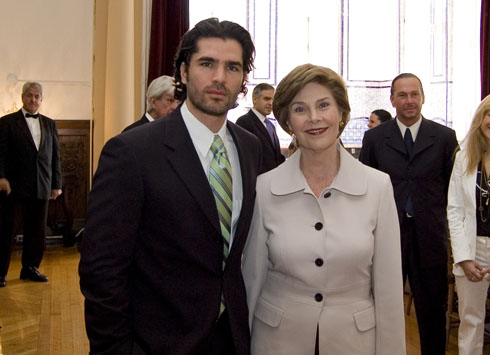 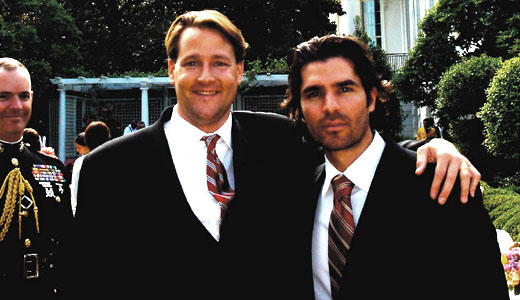 Bella Team at the Rose Garden 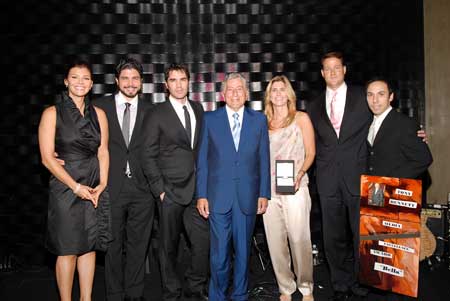