Product Placement: Is TV Selling Out? 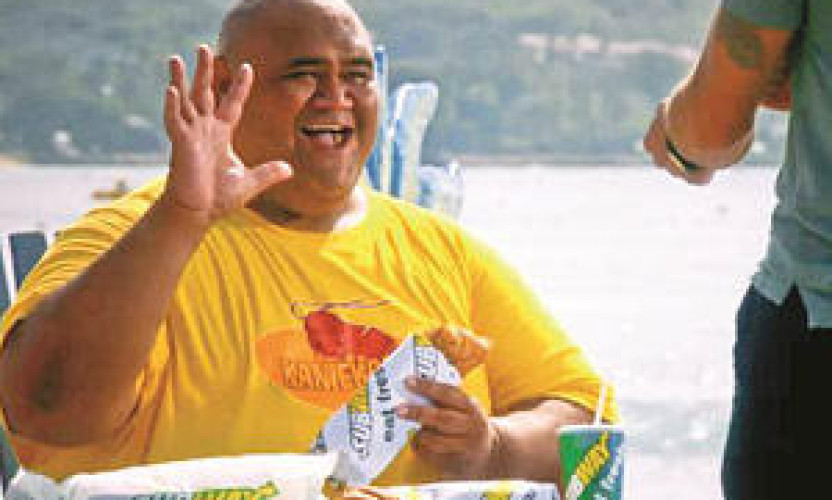 Product Placement: Is TV Selling Out?

On a recent episode of Hawaii Five-0, the characters paused from chasing bad guys to discuss Subway’s assortment of sandwich toppings. Some of the Modern Family clan was seen shopping at Target, while others have been seen driving a Prius (a car that has also popped up on Bones). The Biggest Loser based a challenge around Progresso soup. And Coca-Cola, Ford and AT&T are once again front and center this spring as American Idol searches for its next superstar.

Product placement isn’t new — it’s been around since the dawn of TV and early shows like the Texaco Star Theater. But as viewers use their DVRs to fast-forward through commercials and advertisers start moving some of their budgets away from traditional 30-second spots to other platforms like online video, networks and studios are working harder to hold on to those precious ad dollars.

That means more partnerships with advertisers, both on and off screen. For example, The CW last week announced an online Nikita game sponsored by Kia. But it also means that as they tighten their production budgets, producers have come to rely on “brand integration,” in which products are woven into a show’s storylines, to cover more of their costs (Chuck wouldn’t have survived without a partnership with Subway).

“It’s an even greater challenge for artists and advertisers to create projects that entertain and don’t appear to be a sell out,” says marketing entrepreneur and film producer Sean Wolfington, whose companies include Tier10 Marketing. Wolfington says technology has now created “an opportunity for advertisers to have something more effective than a 15- or 30-second spot.”

It’s that brand integration that ruffles most feathers — including that Hawaii Five-0 spot, which caused some internal hand wringing at the network. (Bones fans have also balked online about too many Toyota references.) But a prominently placed brand or item, even if it’s not actually acknowledged by anyone on screen, can be distracting as well. Modern technology now also allows marketers to digitally insert commercial messages in the background of shows in syndication, like How I Met Your Mother repeats. (Wolfington notes that he did this himself in a movie he produced, Bella, when Goya Foods wanted its products included.)

Viewers have come to accept some level of product placement, particularly on reality shows. The fact that these deals help cover ever-escalating production costs has been well disseminated by now. “I think the audience gets it,” Wolfington says. “They want the content for free on TV, which is financed through commercials. But if they skip those commercials, that can’t work.”

According to Nielsen, American Idol clocked the most instances of brand integration in 2011, with 577, followed by The Biggest Loser (533) and Celebrity Apprentice (391). But it remains a challenge on scripted series, where lingering shots of brand logos and stilted dialogue about products can seem awkward.

“It still feels a little clunkier,” says Electus co-founder and former NBC Entertainment co-chairman Ben Silverman, who has championed the intersection of programming and brands. “Scripted has a more difficult rhythm and doesn’t yet have the same scale that exists on the non-scripted side. I haven’t seen a recent example of something that worked, other than Apple on Modern Family.”

That episode, in which Phil Dunphy (Ty Burrell) pines for an iPad, is frequently cited as an effective use of brand integration. But executive producer Steven Levitan, who recently told Advertising Age that he turns down 90 percent of all requests from advertisers, has said that Apple didn’t pay for that placement. According to Nielsen, the most remembered product placement of 2011 was on an October episode of The Big Bang Theory, when Sheldon used Purell hand sanitizer. At the time, exec producer Bill Prady wrote on Twitter that “I’m not aware of [the show] doing any paid product placement.”

Comedies have an easier time with brand integration when brands are willing to poke a little fun at themselves. In one episode of The Office, a guy was dressed as a giant Blackberry phone at an office-supply convention. And on 30 Rock, after discussing a Verizon phone, Liz Lemon (Tina Fey) turned to the camera and said, “Can we have our money now?”

Generate partner Jordan Levin notes that these brand integration deals are becoming a key part of the networks’ upfront sales deals with advertisers. But those obligations sometimes leave the networks scrambling later to figure out how to stick branded integration into a show.

Some networks are doing it better than others, says Levin, whose company recently partnered with AT&T to produce webisodes for MTV’s Teen Wolf. “The more traditional the network, the more ham-fisted they are about it. Scripted lives in this hermetically sealed bubble, and you risk compromising the viewers’ suspension of disbelief is something is too forced or heavy handed.”

Part of the problem, according to Silverman, is the vast disconnect between Hollywood and Madison Avenue. (And when there’s also a digital component, Silicon Valley speaks yet another language.) “Both sides are starting to reach out to each other in a more organic way,” Silverman says. “But they’re still hundreds of miles apart.”

Wolfington says it’s best for advertisers and producers to meet early in the development process and figure out a practical way to incorporate a brand that makes everyone happy without interrupting story flow. “It’s best to meet at the beginning so that the writer can understand what this company does and how people use what they do,” he says. Then, the writer “needs the freedom to go create this story.”

Where the advertiser and brand will make a mistake, Wolfington says, “is if they try and make it a little too on the nose. This generation is too media savvy. You don’t want to insult anybody’s intelligence. The audience wants to be entertained, the artists don’t want to sell out and the advertiser wants to connect with the consumer and build their brand. Someone who understands the needs of all three will meet great success.”