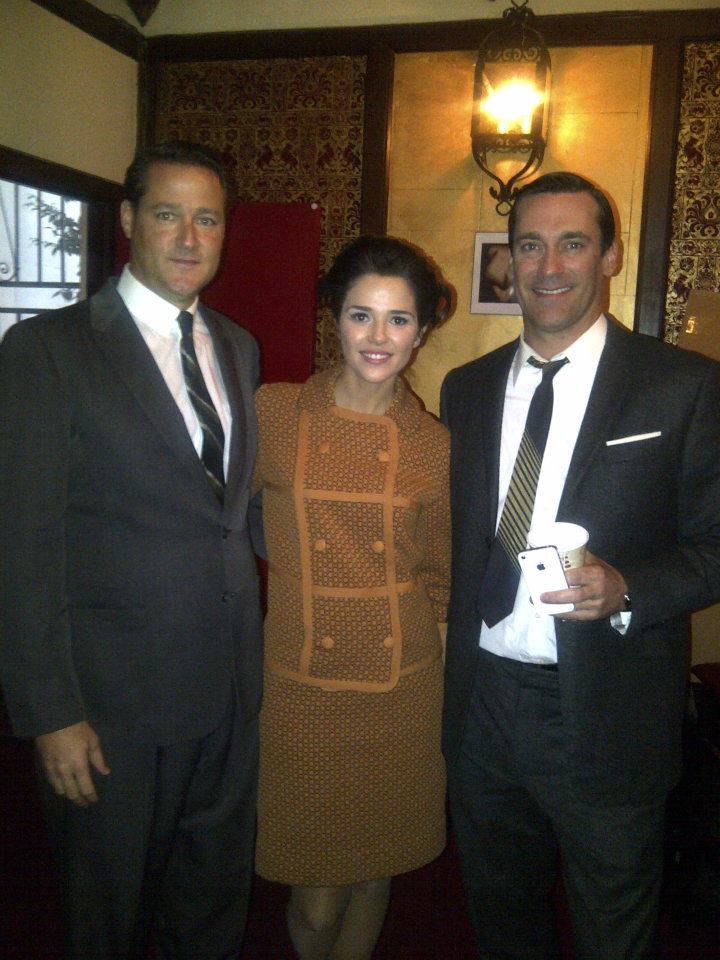 Sean and Ana Wolfington with Jon Hamm (Don Draper of Mad Men). He is an amazing actor and a great guy. We had a blast on the set while shooting “ A Christmas Waltz” (Season 5 Ep 10). We were dancing the “Christmas Waltz” while Don Draper (lead character played by Jon Hamm (and John chatted at the bar. It was an incredibly well run set and the scene only took about an hour to shoot. The equivalent on a typical film set would have been at least a day, if not more. 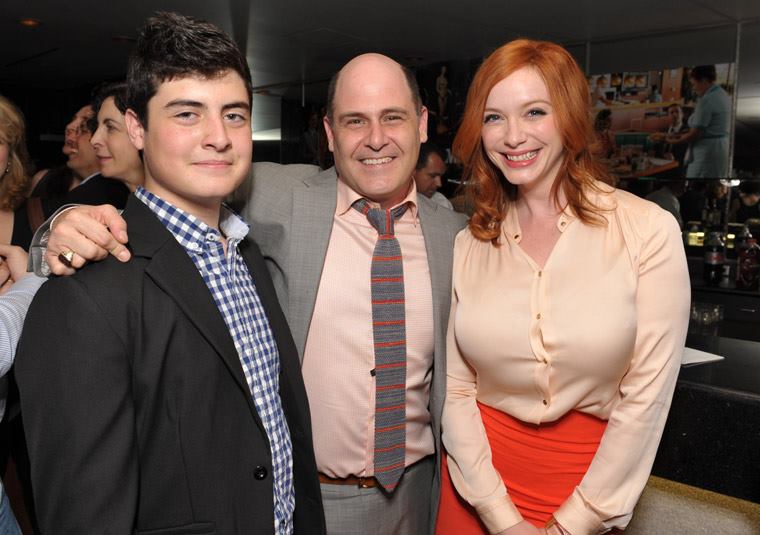 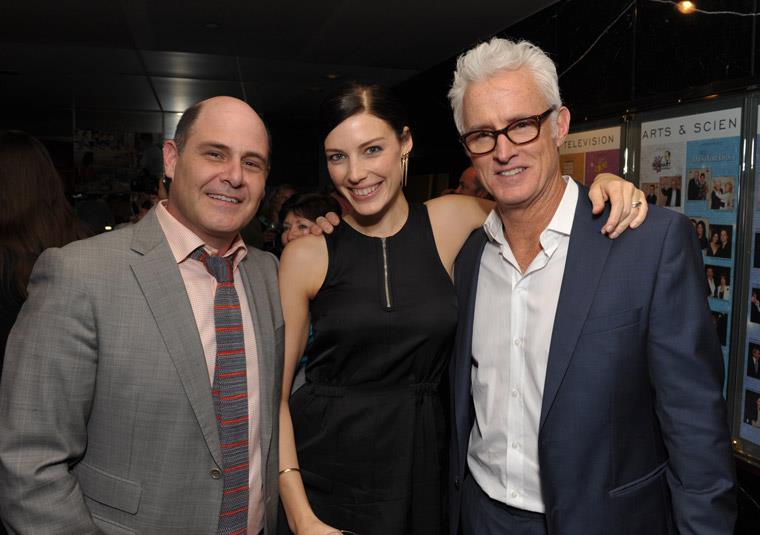 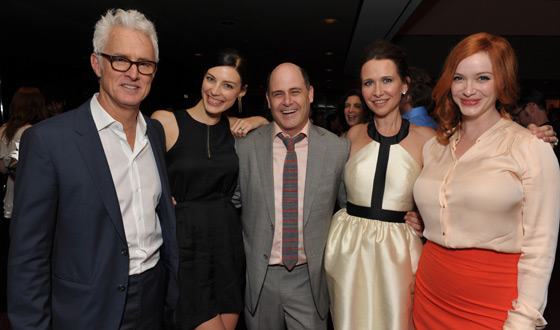 After the shooting of season 5 ended the series creator Matthew Weiner and some of the stars Christina Hendricks, January Jones, Vincent Kartheiser, Jessica Paré, Kiernan Shipka, and John Slattery as well as costume designer Janie Bryant. 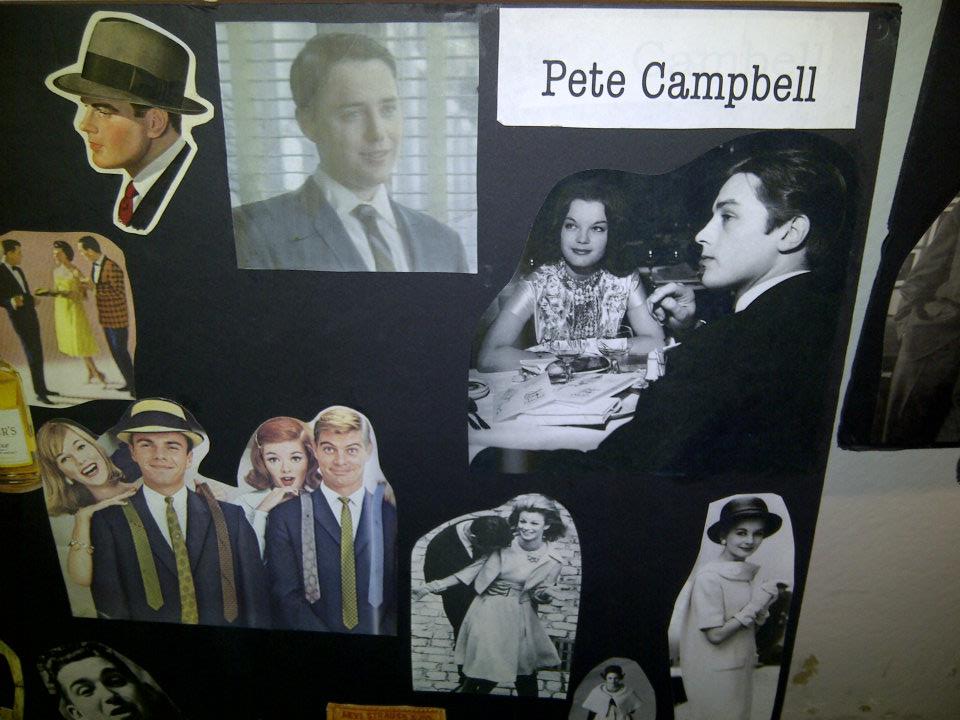 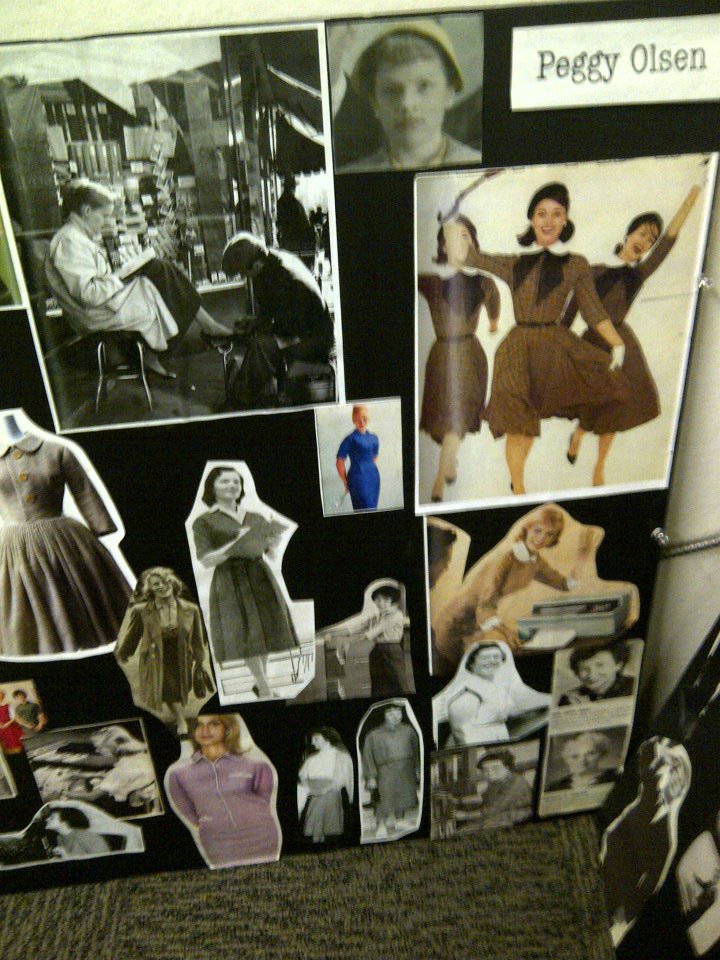 Mad Men has recieved so many awards in part because they are so meticulous about every detail to ensure they accurately represent the style of the time and the character properly. These style boards show the desired style for each character from clippings of people from the shows time period. 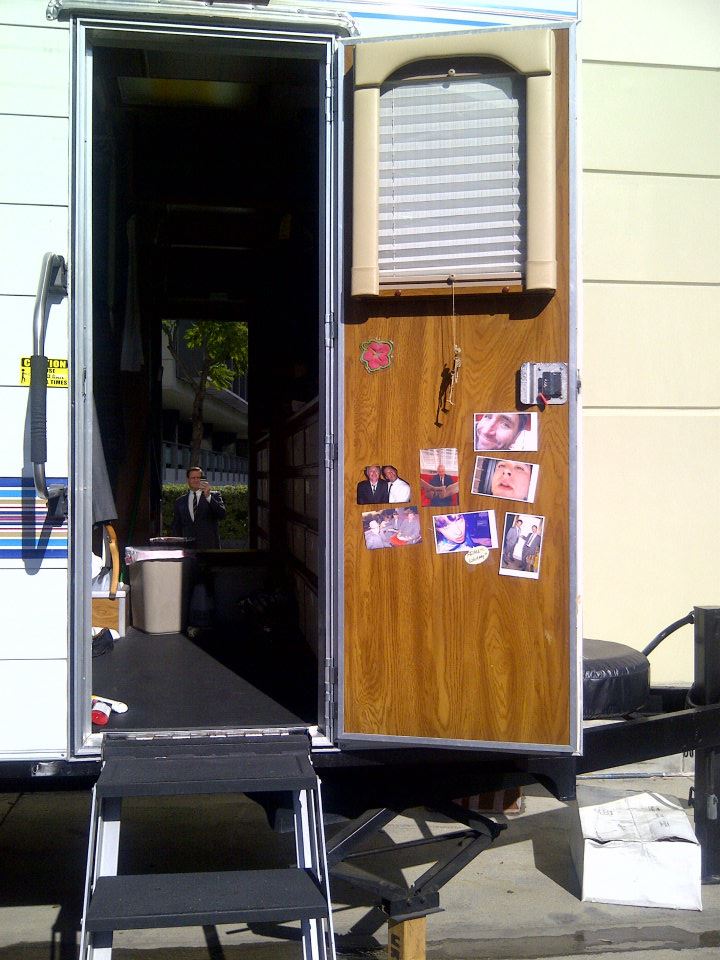 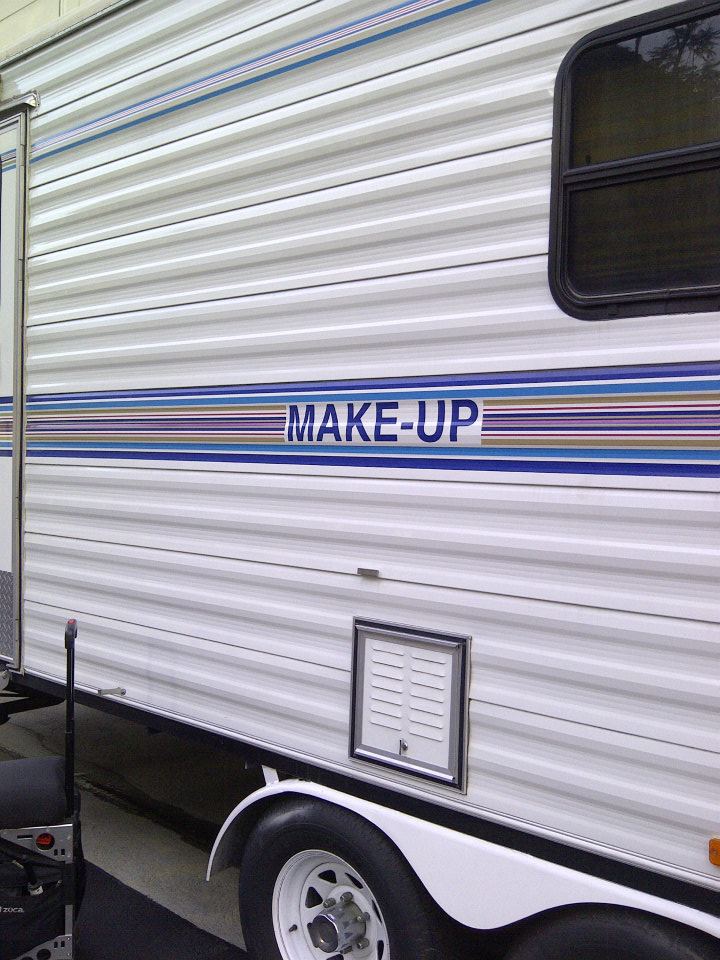 Mad Men has also recieved alot of awards for their make up because they are so meticulous about every detail to ensure they accurately represent the style of the time and the character properly. Their make up artists have won Oscars, Emmy’s and more. 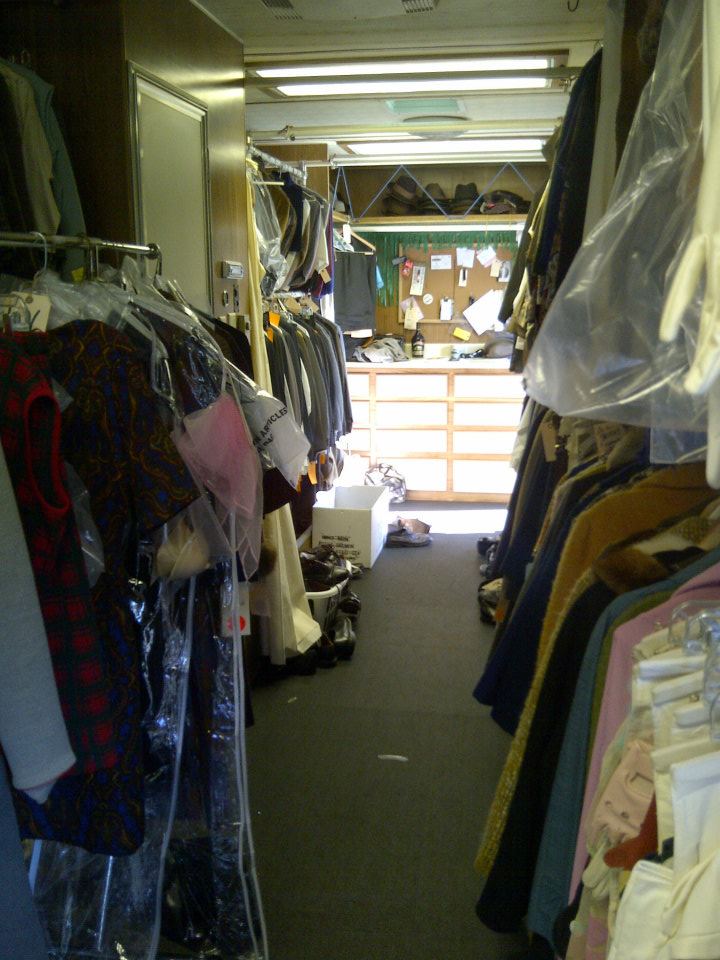 Wardrobe trailer where Ana and actresses pick up clothes 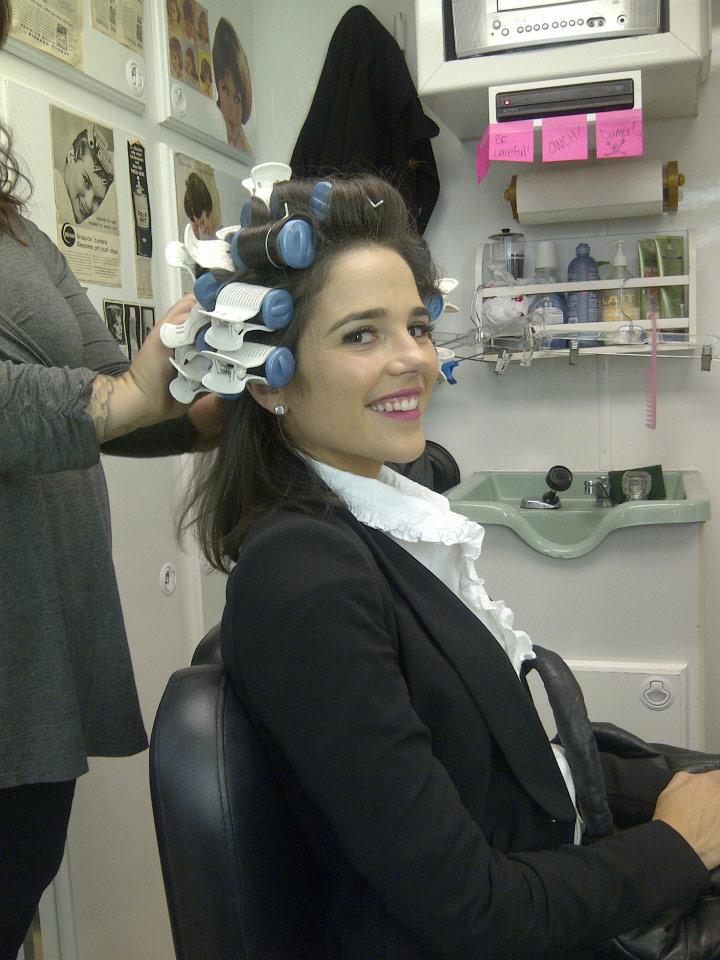 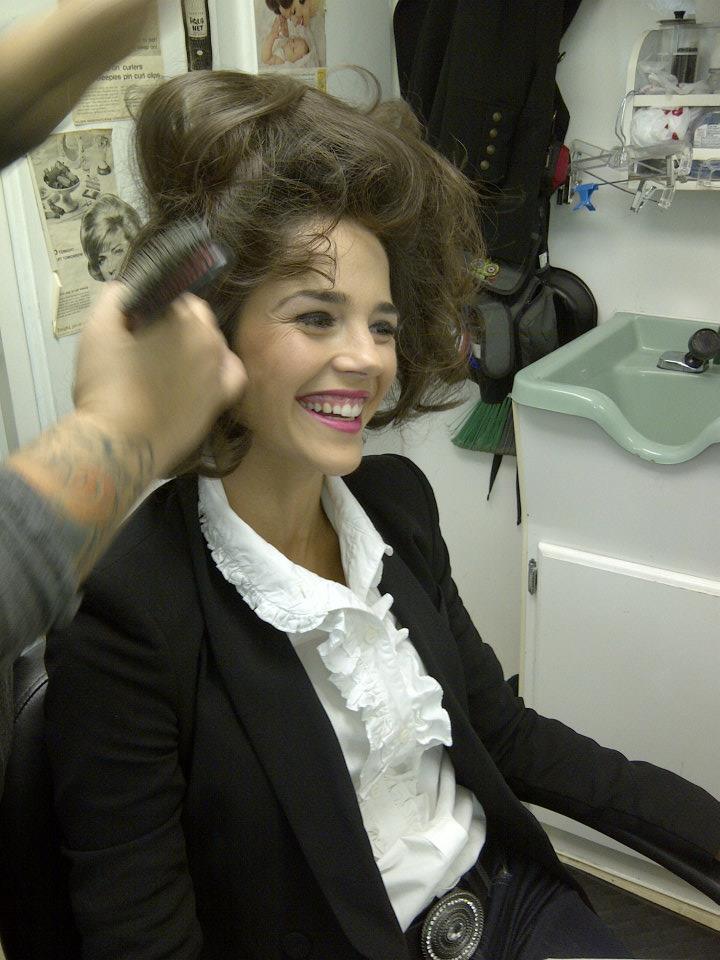 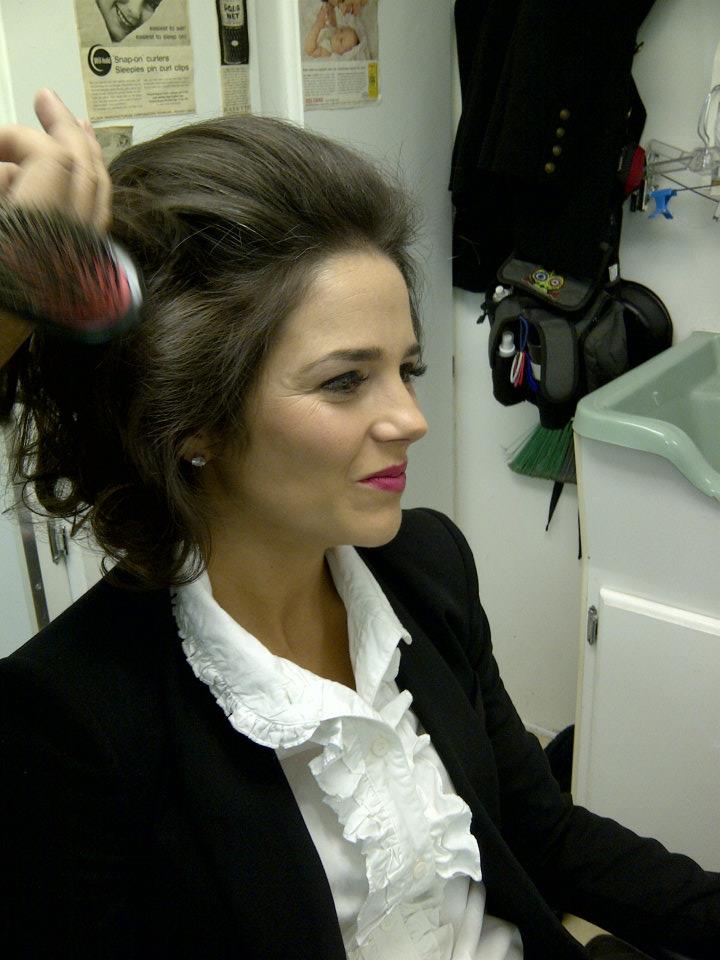 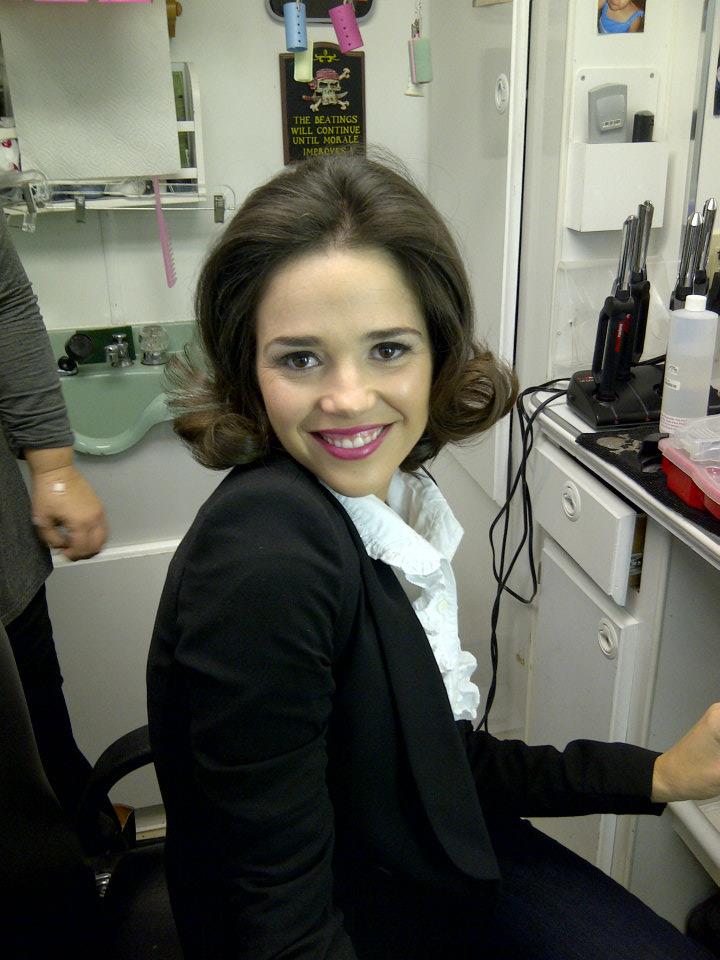 My hot momma looks good in the 60’s too! 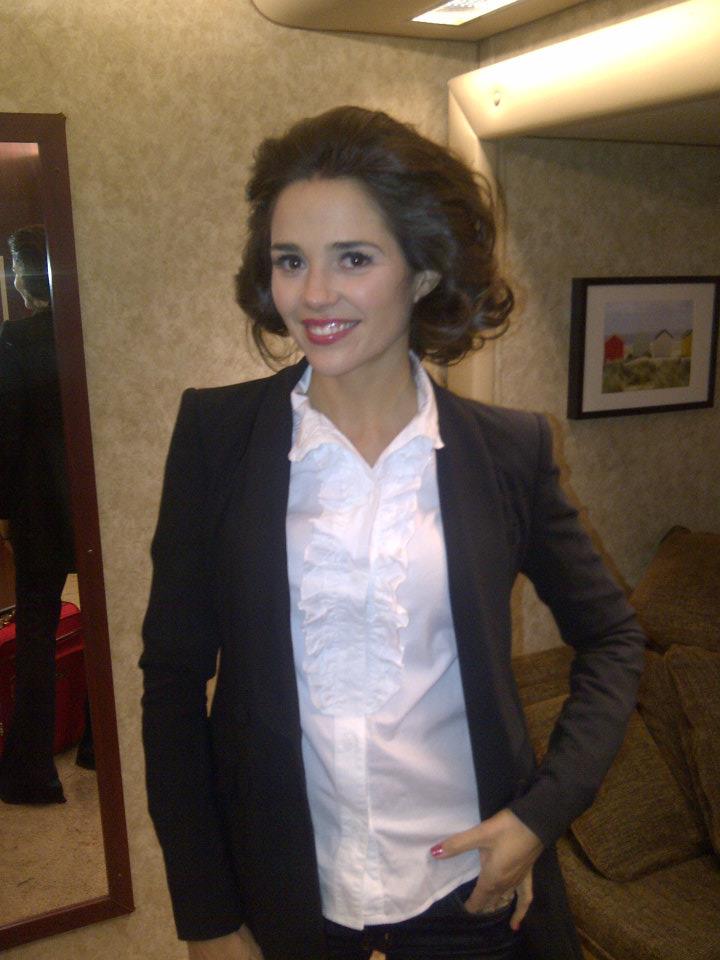 Momma’s almost done her hair and we are getting dressed in the trailer before the final touches transform her into a 1960’s hot momma. 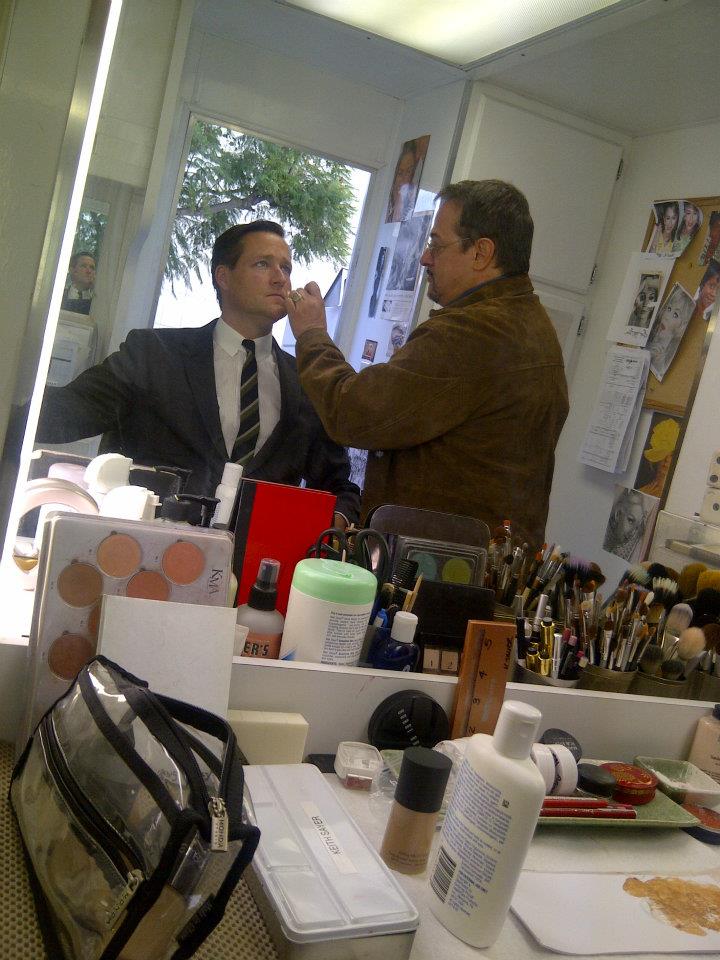 Never thought i would ever wear make up … but if KISS can do it …so can I. 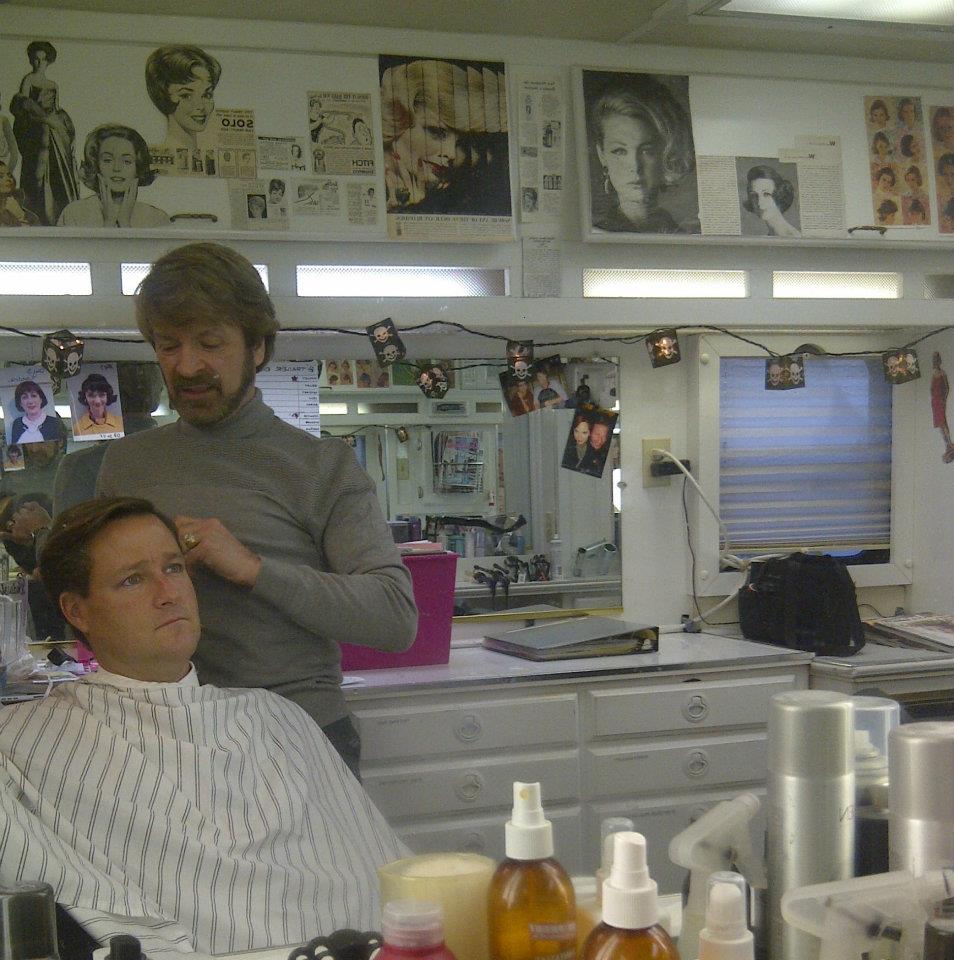 This was alot more than my typical touch up from Super Cuts! This pro has won Oscar’s and Emmy’s for what he does with his magic scissors, and has done the hair of many of Hollywoods top leading men… but today, he will turn my thin hair into Mad Men magic hair!