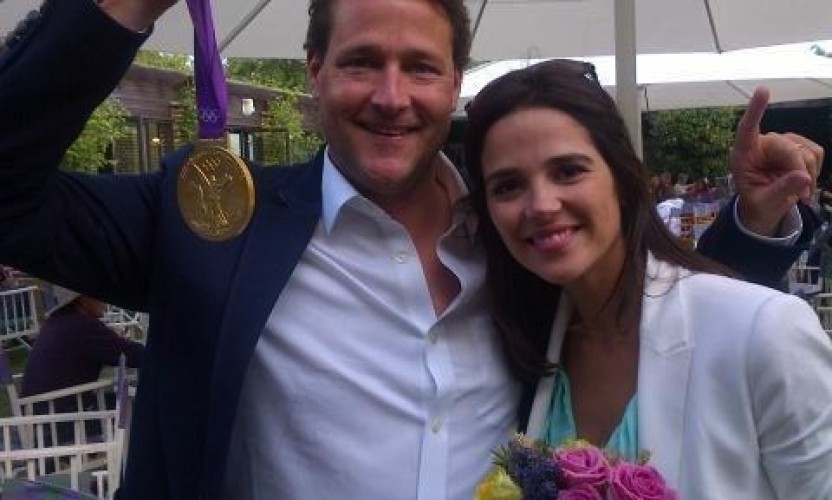 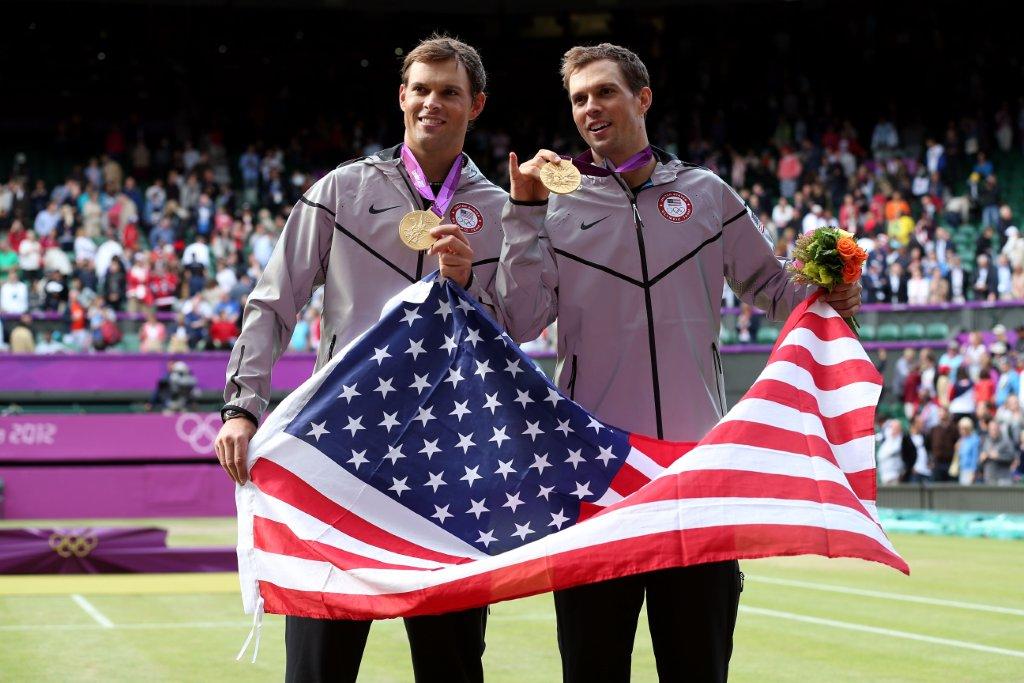 It has been a golden summer for four world-ranked tennis pros, who also happen to be Florida residents: Serena Williams, Andy Murray, and Bob and Mike Bryan. For the first time in history, the same players who won the Olympic Gold in men’s and woman’s singles and men’s doubles also won the US Open in their respective events.

Each of these top ranked players has worked hard to path their pathway to the top and make history happen. The common thread that runs deep between each of these champions is that they never give-up.

Serena Williams was injured and came back mid adversity to win two major events and is now on her way to being ranked No. 1 again. Serena, who resides in Palm Beach Gardens, reaped the benefits of her never-give-up approach as she fought hard over the last year to overcome copious obstacles: foot injuries, multiple hospital stays, mandatory rest time and losing to a player ranked 111th in the world. However, these small defeats did not set Serena back. She has alluded in the past that when the going gets tough, she gets tougher.

“I never, never quit,” Serena Williams told ESPN after her US Open win. “I have come back so many times in so many matches.”

After Williams’ hard year, she has shown the world what long hours of court practice, off-court training, mental toughness and dedication can do by winning her fourth US Open title and 15th Grand Slam overall. Williams is determined to keep moving forward with her “I-Will-Survive” attitude, a song she proudly sang along to after her US Open victory as a reflection on her year.

Andy Murray, who’s now No.1 in Britain and No. 3 in the world, struggled as he had yet to win a Grand Slam. He quickly turned things around, however, and won both the Olympics and the US Open all in the same month. This could be a spring board for him to do a lot more.

“It is what I have been working towards for the last 10 years of my life,” Andy Murry told BBC News after his win at Flushing Meadows. “It means the world to me.”

Murray, who resides in Miami, proudly brought home the first Olympic medal in 100 years for Great Britain in men’s singles and solidified his career after winning the US Open men’s singles, ending Britain’s 76-year absence of a US Open title, since Fred Perry in 1936. Murray also pushed passed his own history of losing a number of tight matches to show how long practice hours coupled with extreme dedication to the sport can bring the sweet reward of victory.

The Bryan brothers were the fan favorites, as they reclaimed the No. 1 spot in the ATP men’s doubles category after winning gold and their fourth U.S. Open. The win, which keeps the Brothers on a 17-1 winning streak that began at the Olympics in August, makes Bob and Mike the winningest doubles team in Open history. These multiple wins, however, did not come easy for the twins either. Their intense work ethic and dedication to the game has paid off.

“I have always told them if they are not working on improving their game, someone else is,” said Wayne Bryan, Mike and Bob’s Father and biggest fan. “The twins have an unmatched discipline and dedication to the sport. They are always working on ways to improve their game.”

In addition to their back-to-back wins, the Bryan Brothers were also honored with the inaugural US Open Sportsmanship Award. The duo dedicated their newest U.S. Open title to 12-year-old Jack Robinson, a courageous young man and tennis fan who is currently undergoing chemotherapy.

“It couldn’t happen to better guys. They use all their spare time to support kids and are never too busy to sign an autograph or make a public appearance for one of the charities they support,” said Sean Wolfington, chairman of Wolfington foundation and host of Miami’s Tony Bennett’s ProAm Celebrity Tennis Tournament that supports Team Bryan.

A few fans and players alike might be skeptical regarding the impact on history that these players have made this summer. Was it by chance? Did they get lucky winning two major events? Summers like this don’t just happen. They are forged and fought for. Many tennis players who dedicate their whole lives to the sport would be happy with just a Gold Medal for their country or just one Grand Slam title. Williams, Murray, and the Bryan Brothers have earned both in the same summer. Although these players have historic tennis careers, this will be a golden summer they will never forget.

About the Bryan Brothers: Twin brothers Robert Charles Bryan (Bob) and Michael Carl Bryan (Mike) are American professional tennis double players who have held the world’s No. 1 spot longer than any other team in history, finishing the ATP year-end at the No. 1 spot a record seven times. Born just 2 minutes apart on April 29, 1978 – Mike being older by two minutes – the Bryan Brothers have won a record 81 tour titles and have been finalists on 44 other occasions.
Sean and Ana Wolfington in London at the Covent Garden 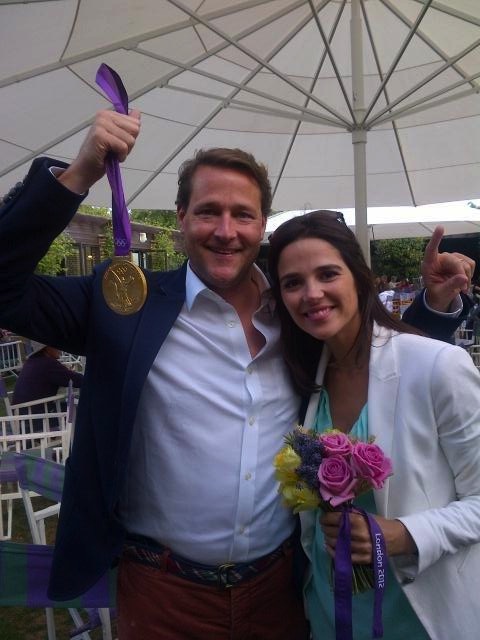 Sean and Ana Wolfington with Olympic gold and flowers 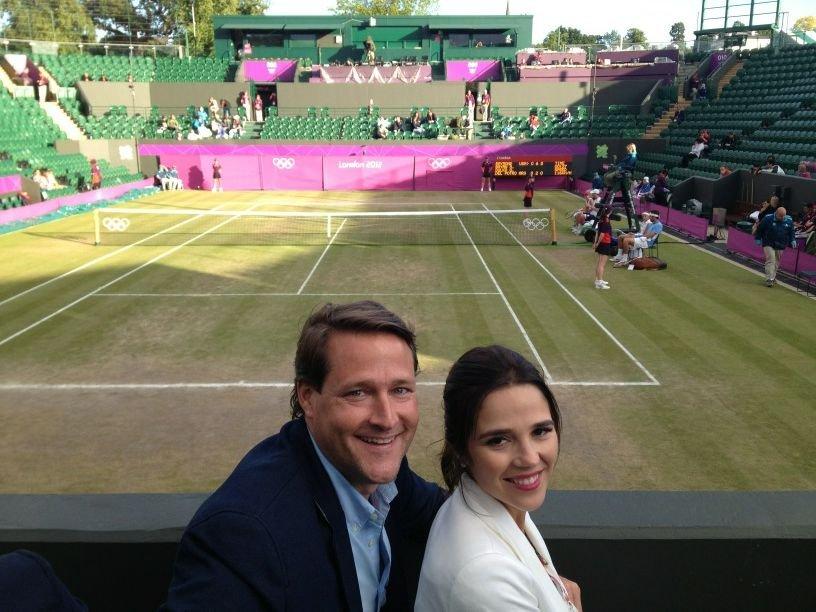 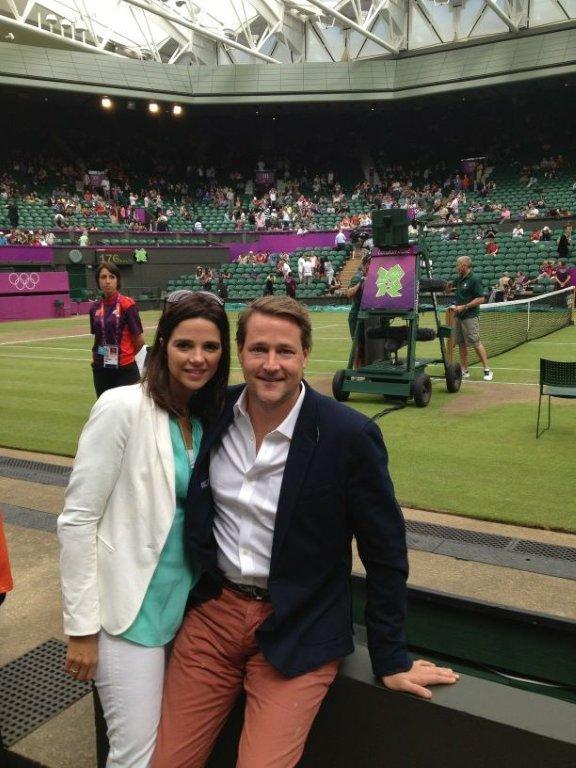 Ana and Sean at Wimbledon Olympics standing in the 1st row 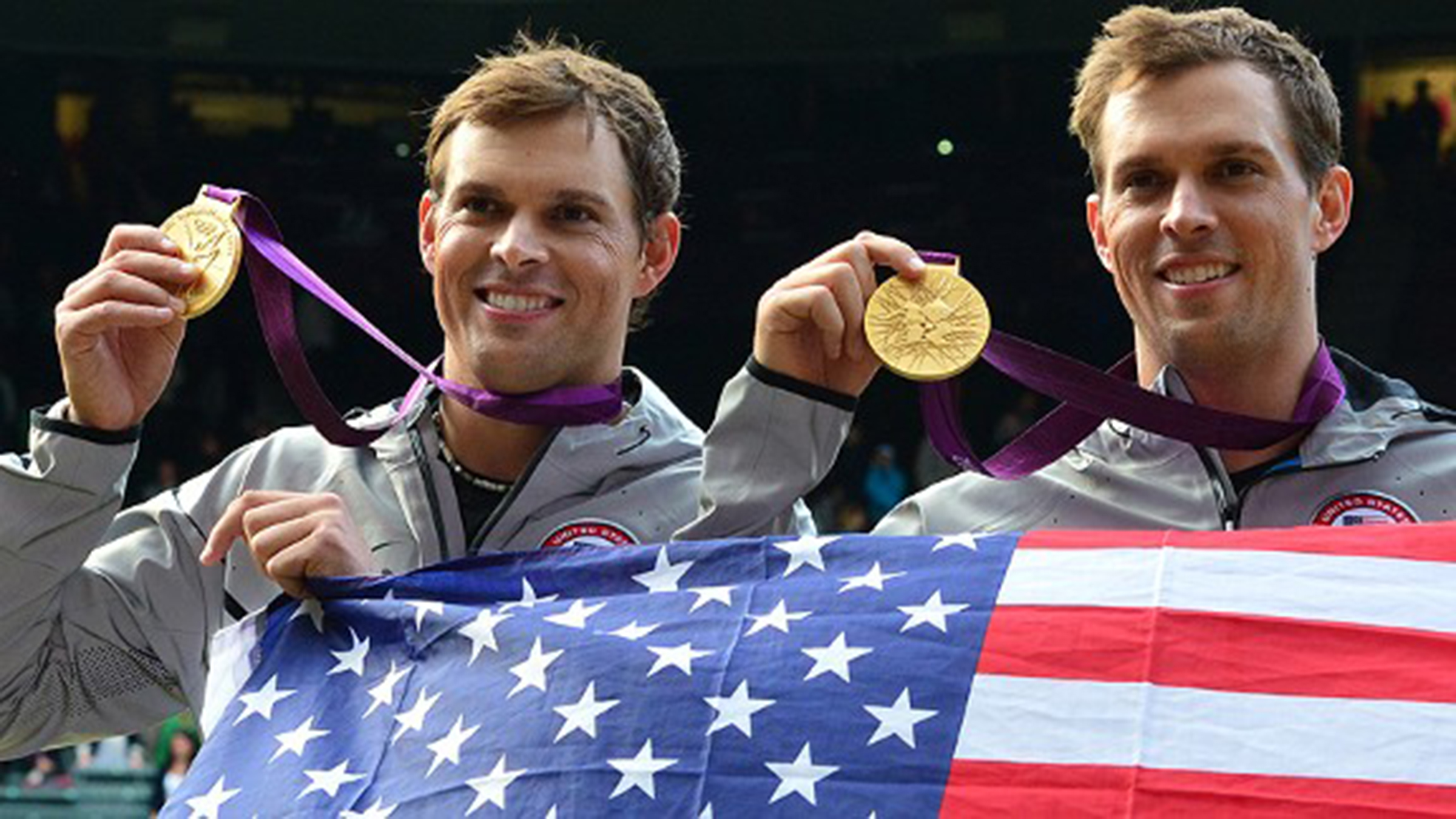 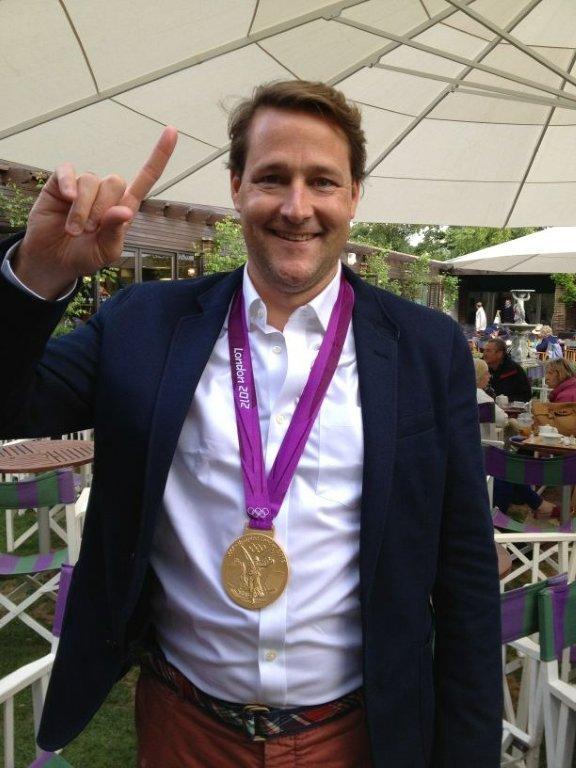 Sean with Gold medal at Olympics 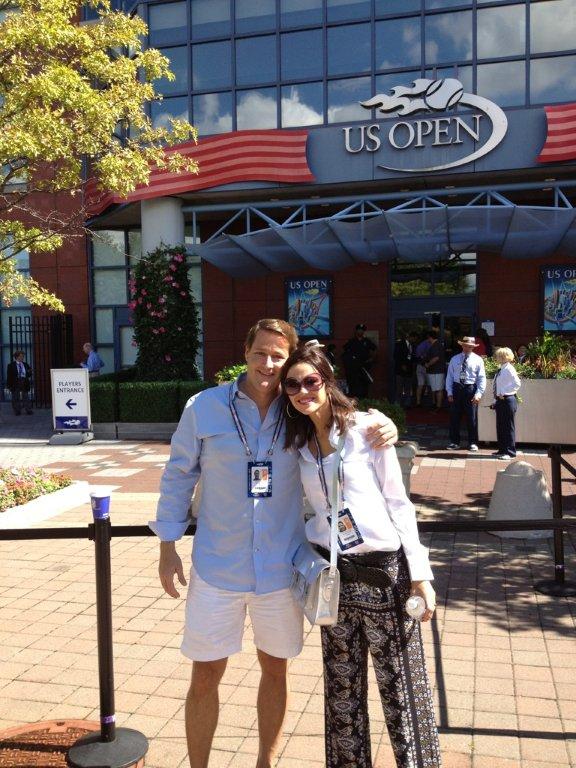 Sean and Ana Wolfington outside the US Open 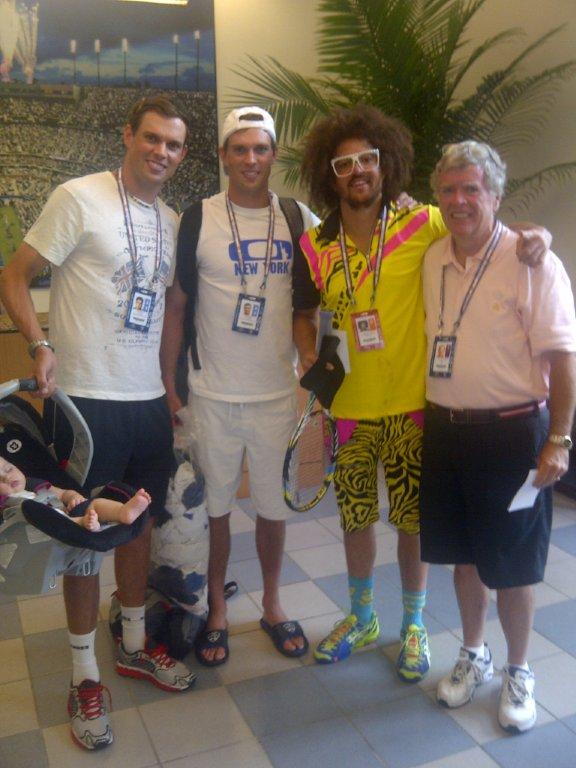 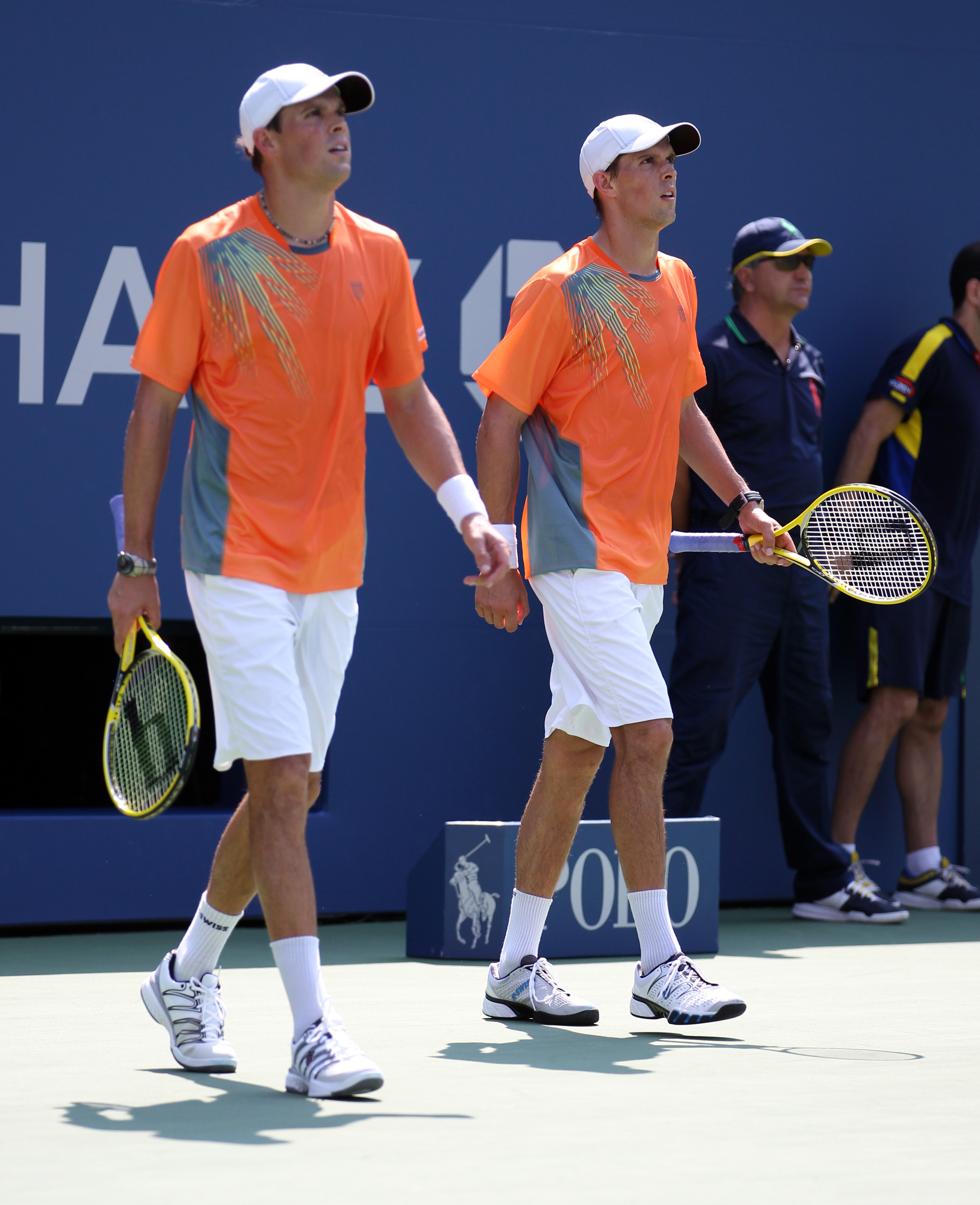 Bryan Brothers Play at the US Open 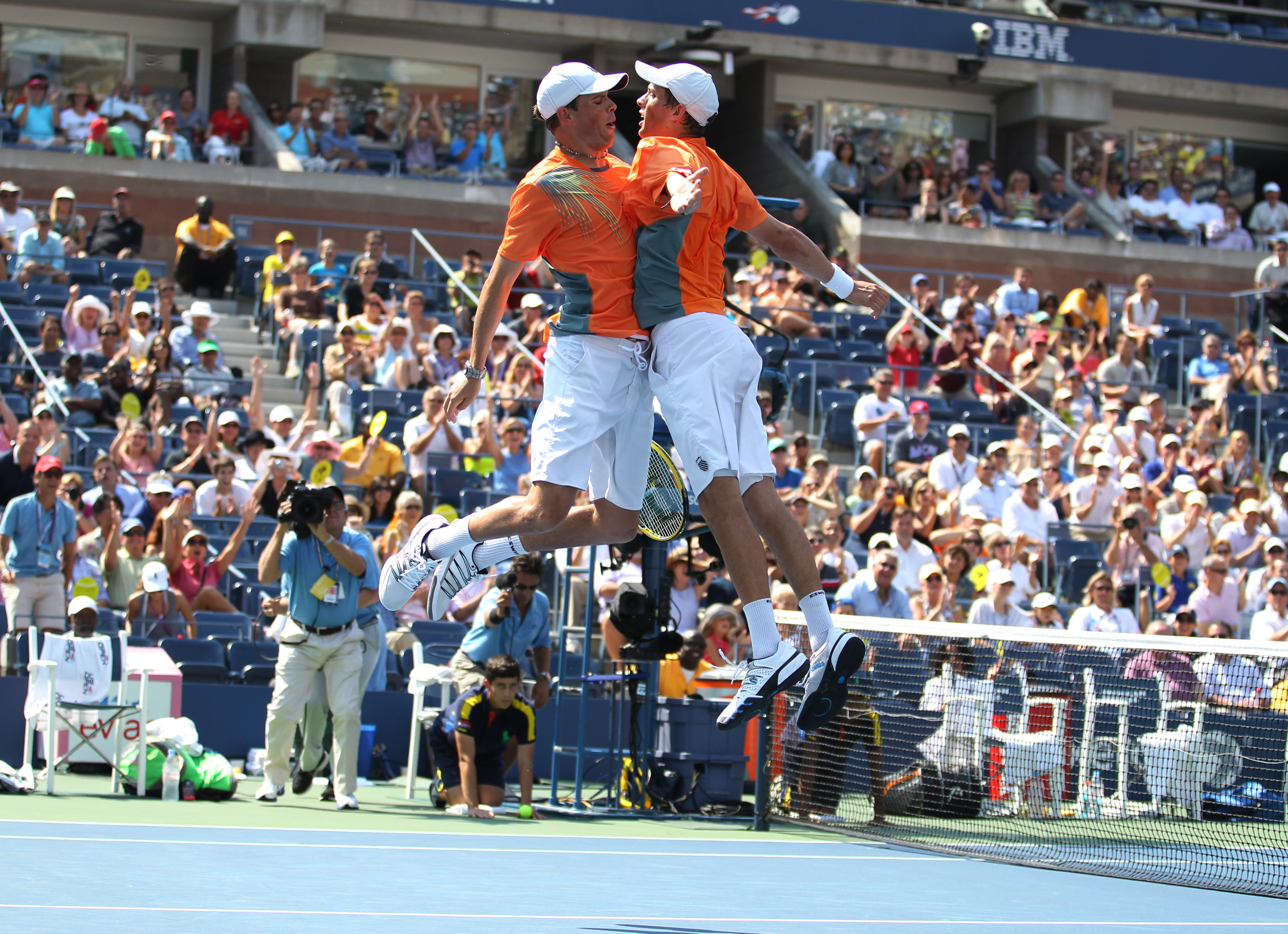 The Bryan Brothers celebrate with their signature “chest bump” 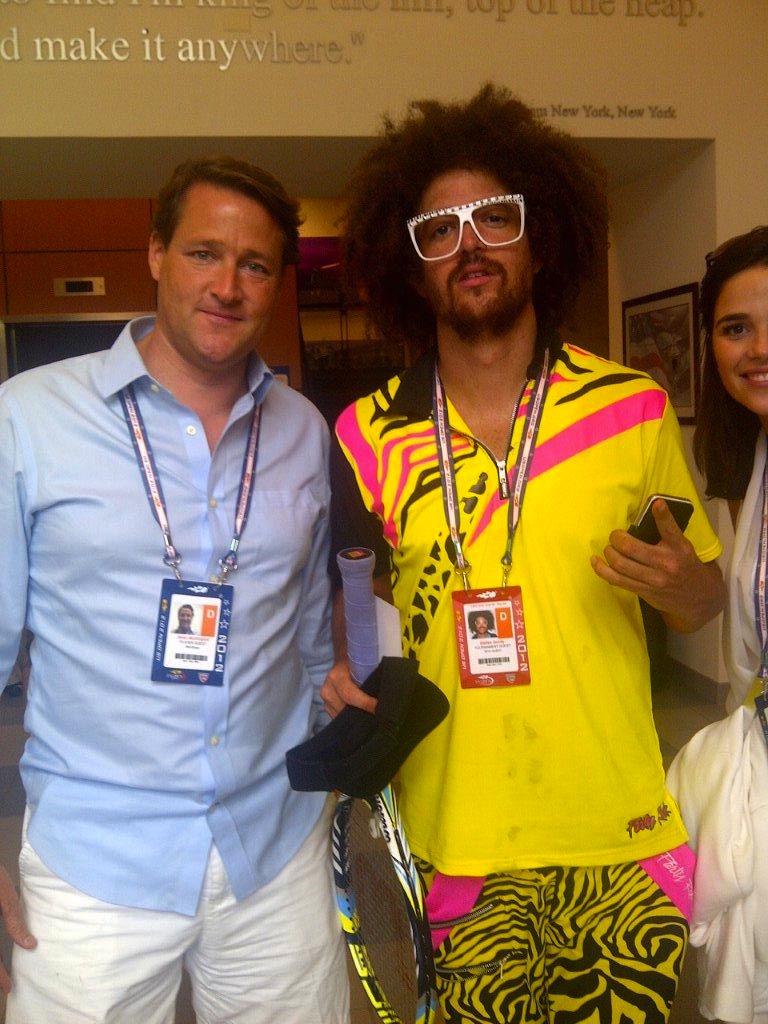 Sean and Ana Wolfington with Redfoo from the musical group LMFAO

The Bryan Brothers celebrate their US Open victory with little Micaela