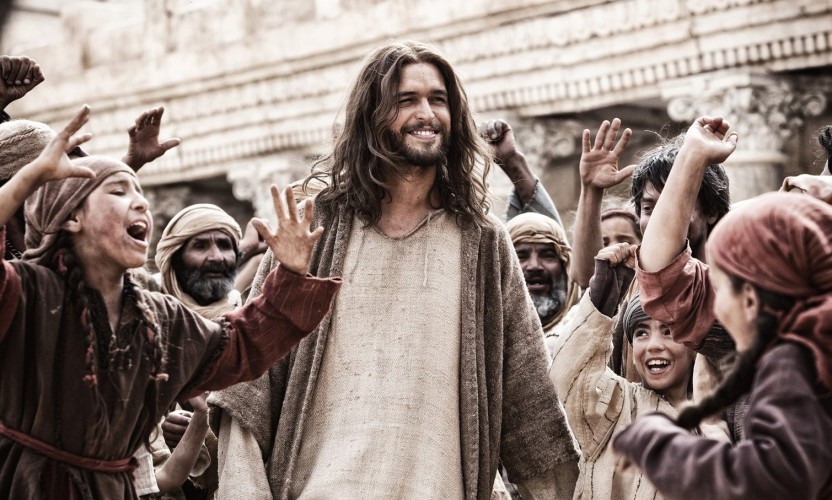 Today, Fox is set to release Son of God, a feature film about the life of Jesus Christ. The film is a condensed version of the $20 million History Channel miniseries The Bible, spearheaded by producers Mark Burnett and Roma Downey. It’s not about vampires, comic book heroes, or dystopian futures, yet 500,000 tickets have already been pre-sold using smart marketing strategy. How exactly do you market to a community that’s passionate and thirsty for content? SSN sat down with filmmakers, marketers, distributors, and research groups to gain insight into reaching the Christian audience.

The experts polled all agreed—the two most important words to keep in mind when creating content for the Christian community are authenticity and accuracy. 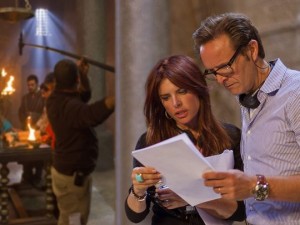 Burnett and Downey placed a high level of importance on accuracy from the start, consulting 50-plus advisors across different Christian denominations, leaders of the Jewish faith, and members of the Anti-Defamation League. “We would send scripts out for approval and get notes from various scholars,” says Downey. “Sometimes, they didn’t agree among themselves. It was a lengthy and detailed process, but I think, ultimately, there was no other way to do it.”  Not only were Burnett and Downey accurate from day one but as Christians themselves, they’re members of their own target audience which gives them authenticity and trust within their community.

Downes, founder of ChristianCinema.com, the largest streaming service of faith-based films on the Internet, defines a Christian film by its creatives. “The three defining forces of a Christian film are the director, producer, and screenwriter,” he says. “Two of the three need to be evangelical or born-again. It’s the heart behind it that makes it Christian because only people can be Christian, not art.  It is the art then which reflects the Christianity of the people who made it.”

CREATED AS A TOOL FIRST

It’s vital for key creatives to be members of the faith community, not only because they understand the target audience, but that they’re also trusted by that audience. Unlike other films, where the sole purpose is to entertain, faith-based films are utilized as tools to spread a message. As Downes explains, “The purpose of the art is to inform, inspire, reflect, and model behavior.” To be a success in the market, the film must portray life as it should be, not how it is. Downes says there’s good reason for this. “You’ve got plenty of examples of broken families in Hollywood movies, but very few reflect positive family values, so there’s a huge void.” 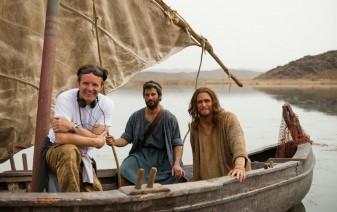 To this target audience, purpose trumps all. Paul Lauer, CEO of Motive Entertainment, the company behind the grass roots marketing campaigns for The Passion of the Christ and Son of God concurs. “They only get excited when it’s consistent with their values and beliefs. If it’s not then it doesn’t matter how much money was spent or how good the quality is.”

By that logic, Paramount can plunge $135 million into a film like Noah, but if the community doesn’t trust the filmmakers’ authenticity or it goes against the community’s values, even in a small way, it will not be endorsed. “A movie like Noah gets hurt when the Christian consumer perceives the filmmaker is using the story as a platform for environmentalism and overpopulation,” says Downes. “That’s where they deviated from the plan and perceived purpose behind Son of God.”

Even for films like Soul Surfer which expressed Christian values, a scene where girls chatted about their sexy bikinis had pastors backing away. Chad Gundersen, a producer on the upcoming faith-based film Unlimited says, “It has to be really safe for pastors to get behind it. If there’s any questionable material, they’re going to tap the breaks.”

The importance placed on purpose extends past filmmaking to the marketing side as well. “Our goal is to serve not sell,” says Lauer. “We’re not out trying to pitch a product. We’re out offering tools to further ministry. If it’s truly valuable, there’s no selling required, there’s only making people aware and serving them with as many resources we can to make it easy to take advantage of this opportunity.  I believe it’s the perspective that all marketing and sales should assume.  If we’re not looking at a way we can serve people, and only looking at how to sell people, then our perspective is wrong and in the end we’re going to lose anyways.”

Of the 314 million people in United States, 245 million claim Christianity as their religion; of Christians, roughly 160 million Protestant. The passionate members of this community will share a film that resonates with them with unbridled enthusiasm. Sean Wolfington, head of Tier10 Marketing agrees. “You get free promotion from an army of publicists that work for free [and] have more reach than ever with social media.”

According to Downes there are four communication outlets grassroots efforts use to reach this army:

Burnett and Downey successfully hit each of these platforms and the response was overwhelming, so much so that Wolfington stepped in to help. “I offered myself for free to build ShareSonofGod.com,” he says. “We built the website to give [the] answer to, ‘How can I help Son of God?’ The goal was to make it easy for a person, church, ministry, or the media to get a personalized action plan to promote the film.” The site was a joint effort with Motive Entertainment and extended to another sister site called SonofGodResources.com equipped with a bevy of marketing collateral.

Burnett and Downey’s consultations with church leaders in development proved a smart investment in the long run, “When people helped build something they’re more likely to want to help market it,” explains Wolfington. Saddleback Church Pastor Rick Warren jumped to promote a film that visualizes his ministry’s message, “[When] I see this incredible tool Mark and Roma put together, I’m using that.  Somebody just put a lot of money, time, energy, marketing into that, we’re going to use that to reach more people for Jesus.”

TAPPING INTO THE HISPANIC MARKET

With 17 percent of the population, Hispanics make up the largest minority in the U.S. Of those 53 million, around 80 percent identify as either Catholic or Protestant —roughly 28 million and 15 million people, respectively. In the chart below (data courtesy of The Barna Group) it also illustrates how the percent of Hispanics that saw comparable film The Passion of the Christ outpaced their percentage in the US population. 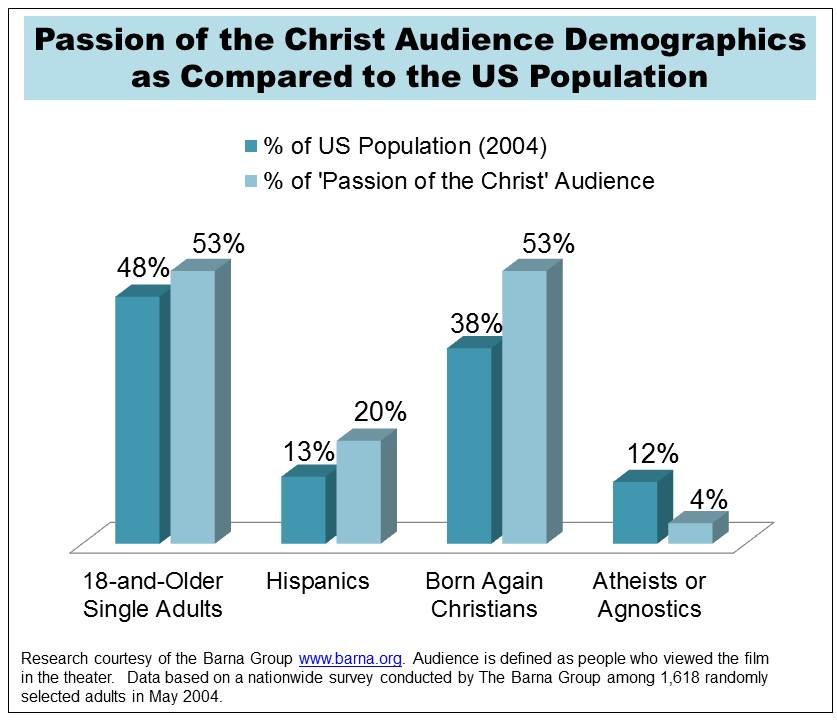 In Son of God, Jesus is portrayed by Portuguese actor Diogo Morgado, who Burnett calls the “first Latin Jesus in an English film,” and it’s a brilliant casting move to tap into the Hispanic market. Fox’s campaign, one of its most extensiveever to the Hispanic community, includes a 20-minute making-of TV special for Telemundo, utilizing Univision talent in promotion, and a showcase that features an endorsement by Archbishop Jose Gomez.

In order for the campaign to hit the right notes marketers can’t simply duplicate the material, but must understand and respect the target community and tailor the campaign accordingly.  Keeping that in mind, Downey and Burnett, “insisted the film be dubbed with some of the most respected Latin talent.  As a result you have the right product for the Hispanic market,” states Wolfington.

FILMMAKERS ON A MISSION

“The producers who are authentically making faith based films, their primary motive is not the money.  Many of Mark and Roma’s friends early on were saying this is not the wisest decision,” says Wolfington, “but they did it anyway because it was something they had to do.”

Burnett and Downey made Son of God with a mission—to serve a community from the first day of development through to the film’s theatrical marketing—and that respect ignited the Christian community to buy millions of tickets. “Mark and Roma’s desire was to treat this movie as a gift to the faith community,” says Lauer. “They wanted to get to know these folks personally and share their heart and vision with them. Our job was to set up opportunities for them to reach out and be present.” Mission accomplished.