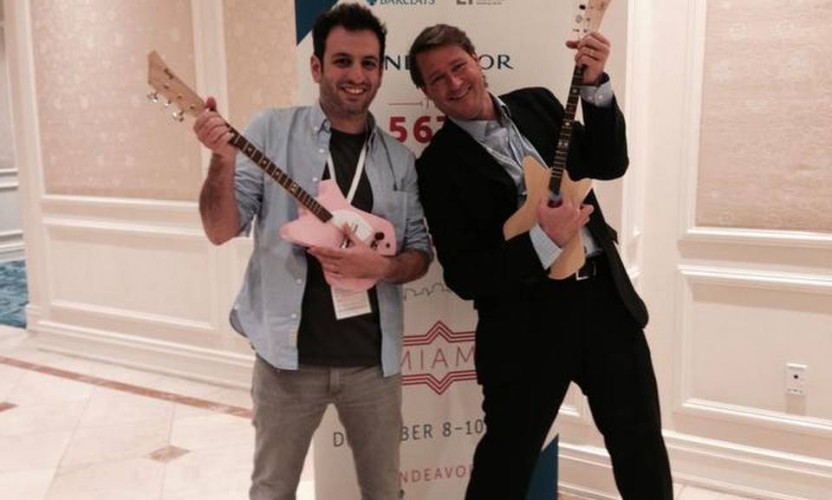 The global nonprofit Endeavor held its International Selection Panels in Miami this week, where it chose 22 innovative companies to join its network of more than 1,000 high-impact entrepreneurs. Two Miami entrepreneurs were tapped to join the prestigious network. 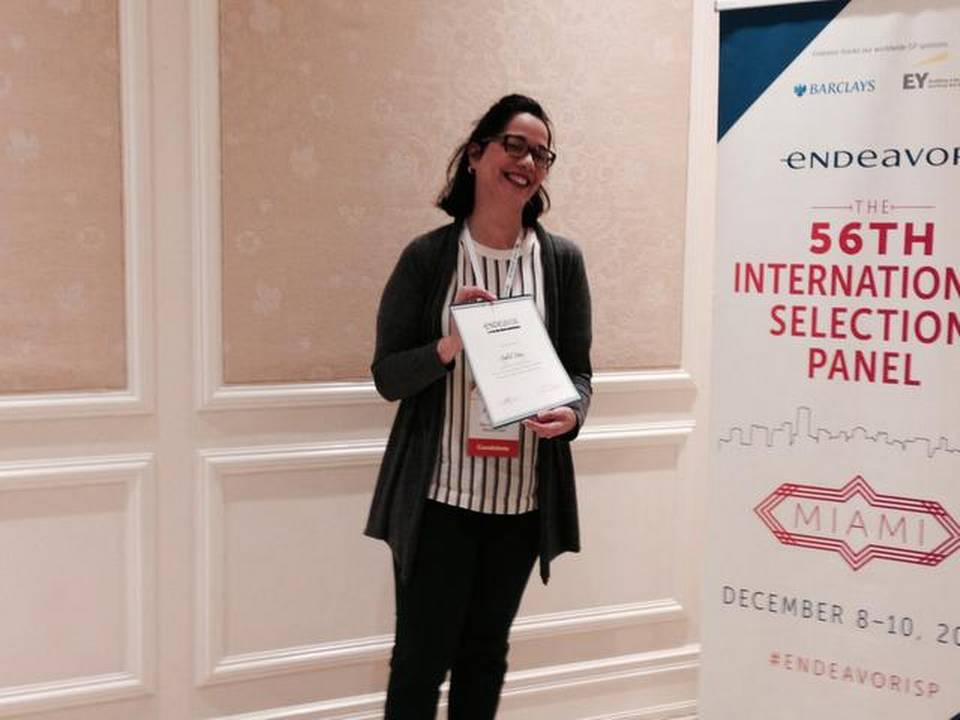 Anabel Perez is CEO of NovoPayment, a Miami-based technology company. She was selected as an Endeavor Entrepreneur on Wednesday. | Nancy Dahlberg Miami Herald Staff 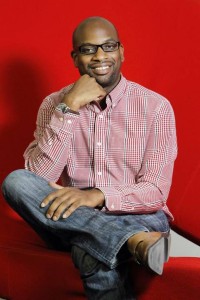 On their home turf, the founders of two South Florida tech companies — a payments and cash management venture and a facial recognition software developer — were chosen as Endeavor Entrepreneurs on Wednesday.

The companies were selected during Endeavor’s 56th International Selection Panel, which took place in Coral Gables and Coconut Grove on Monday through Wednesday and attracted more than 200 people, including the entrepreneurs being considered for selection, as well as business executives and serial entrepreneurs who are Endeavor mentors, advisors and board members around the world. 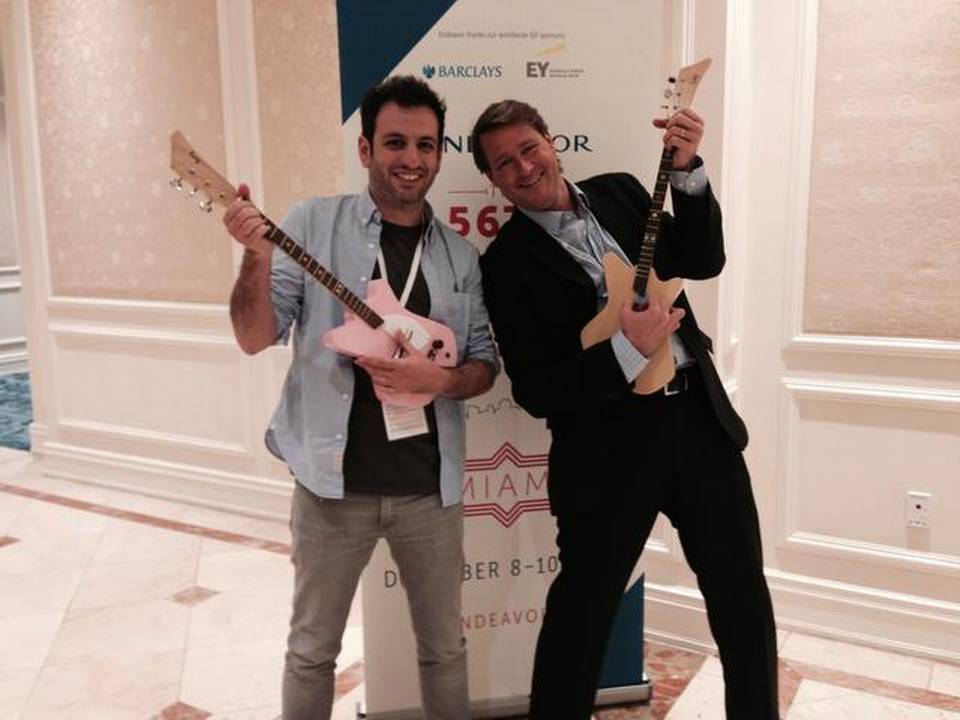 Rafael Atijas, left, founder and CEO of Loog Guitars of Uruguay, with Sean Wolfington, an Endeavor Miami board member. Atijas was selected as an Endeavor Entrepreneur on Wednesday. | NANCY DAHLBERG MIAMI HERALD STAFF

Endeavor, founded in 1997, is a global nonprofit that selects, mentors and accelerates high-impact entrepreneurs who are entering the critical growth stages with their companies and have the potential to create large global businesses. The organization aims to select entrepreneurs who will go on to be role models and give back to their communities as mentors and investors in the next generation of innovators. Endeavor, which has affiliate offices around the world, established its first U.S office in Miami last year.

“Endeavor now has supported 1,000 entrepreneurs in 22 countries. We have helped those entrepreneurs generate over 400,000 new jobs and they now generate $7 billion annually,” said Linda Rottenberg, co-founder and CEO of Endeavor Global. “We don’t focus on the start-up — we focus on the scale-up.”

Earlier this year, entrepreneurs from South Florida companies KidoZen, My Ceviche, Leapfactor, LearnerNation, Ginnybakes and DeliverLean were selected and have been getting help with strategy, growth and partnerships. The two entrepreneurs tapped Wednesday were Brian Brackeen of Kairos and Anabel Perez of NovoPayment.

Brackeen, founder and CEO, said that Kairos’ facial recognition technology captures the depths and contours of a 2D facial image through 85 points of interest and renders the image as a 3D model to ensure 99 percent identification accuracy. The identification technology can be used in many different industries, from hospital groups to schools to cruise lines, and Brackeen, who worked at IBM and Apple before launching Kairos, already has contracts with key enterprise clients. “With Endeavor’s support, I will be working on sales talent and sales strategy, setting up reselling relationships and working on our $10 million capital raise,” Brackeen said, praising the feedback he’s received from Endeavor Miami over the last year and at the ISP this week.

Perez, NovoPayment’s co-founder and CEO who is originally from Venezuela, launched NovoPayment in 2004 and has built it into a sizable venture that provides a proprietary technology platform for cash-management software solutions for corporations in Latin America. NovoPayment, with 260 employees throughout the region, works in five countries now with plans for rapid expansion. “We made a lot of important connections, and I think Endeavor will help me accelerate my growth and business. I am excited about the next steps,” said Perez, who will get advice on making key high-level hires and help with her expansion strategy.

The Miami entrepreneurs were part of a group of 36 entrepreneurs from 22 companies in 12 countries, including Argentina, Egypt, Jordan, Mexico and Turkey. chosen to join the network on Wednesday. Each entrepreneur or entrepreneur team went through three intense one-hour interviews involving six Endeavor panelists, often board members or mentors. The 36 panelists included Endeavor Miami board members Alberto Beeck, Maurice Ferre, Sean Wolfington, Andres Moreno and Ernest Bachrach.

After a full day of interviews with entrepreneurs from 32 companies on Tuesday, the panelists took most of Wednesday to decide their fates in passionate and sometimes heated discussions. To be chosen an Endeavor Entrepreneur, each entrepreneur or team had to receive a unanimous vote of all six panelists. All received feedback and suggestions; some were told they can work to meet certain milestones and try again at a future ISP.

At least one new Endeavor Entrepreneur might be soon joining the Miami ecosystem, said Wolfington, a South Florida entrepreneur who owns businesses in the auto, technology, real estate, marketing and film industries. Rafael Atijas of Uruguay rocked his interview so well that all the panelists that interviewed him, including Wolfington, are planning to invest in his company – that’s unusual at an ISP, Wolfington said after the ISP. Atijas’ company, Loog Guitars, makes three-string small-scale pink guitars that make it easy and fun for kids to learn on and becomes an art piece when not in use. The guitar is even delivered in pieces so it becomes a family project to assemble it. Loog Guitars already has operations in New York, and 60 percent of its business is in the U.S., so a base in Miami, the gateway to Latin America, makes strategic business sense, Wolfington said.

The South Florida entrepreneurs and all the companies selected will be getting an Endeavor advisory board based on the needs of the entrepreneur — whether that is specialists in rapid hiring, pricing models, growth strategy or capital-raising, for instance.

The fact that Endeavor Miami has had much success presenting companies at ISPs this year — there have been five held around the world and Miami entrepreneurs were chosen at every one — is a testament to the strength of Miami’s growing ecosystem and its new office, led by Managing Director Laura Maydón, and a very committed board, said Matt Haggman, Miami program director of the Knight Foundation, which provided the first $2 million in funding to launch Endeavor Miami.

To be sure, persuading Endeavor to make a bet on Miami in 2013 for its first U.S. office was not the easiest sell. Endeavor started out in Latin America and then moved into emerging markets throughout the world, including Africa, Asia and the Middle East, and more recently began moving into Europe, including Greece and Spain.

“When we started out [considering Miami], people were skeptical as to whether we could find entrepreneurs of the same quality … so I ended up having two goals,” said Rottenberg, who co-founded Endeavor Global with Peter Kellner. “In addition to Endeavor’s work to have role model successes, I said I want to create through Endeavor Miami an environment where the next Jeff Bezos and the next Sheryl Sandberg, who were both from Miami, would stay. And can we show that we will have breakout success stories where people keep the talent here? I think that is already happening,” she said at a book signing Tuesday night at The LAB Miami for her new book, Crazy is a Compliment, which was one of the ancillary events planned during the ISP.

With Miami’s office working out well, Endeavor has now launched a national expansion. It will be opening its second U.S. office in Detroit early next year, said Rottenberg. Louisville is also in the plans, she said, and other cities have been lobbying because they have heard about Miami’s success, she said.

As for Miami, the office will continue to add qualifying entrepreneurs in 2015 and beyond, Maydón said.

“We are always open and looking for those great entrepreneurs who are out there,” Maydón said. “We are looking for entrepreneurs with the leadership potential to scale their companies but who also are willing to give back and are interested in growing an entrepreneurial ecosystem.”