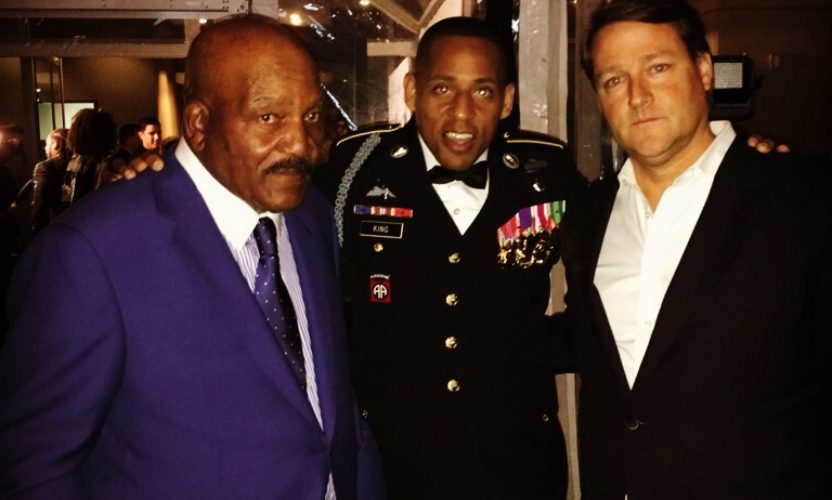 On the eve of Super Bowl 50 I had the extraordinary honor of co-hosting Hall of Fame fullback Jim Brown’s 80th birthday celebration, along with his wife Monique. For those of you not familiar,  Jim Brown – a professional football legend, and college hall of fame inductee in both lacrosse and football – spent the better part of his NFL tenure shattering records before leaving the league at 29 to pursue a career in acting. That career featured the star in over 40 films including “Draft Day”, “The Running Man”,  and “100 Rifles” alongside notable actors like Burt Reynolds, Raquel Welch and Arnold Schwarzenegger. As a philanthropist, Brown also founded the Amer-I-Can program, whose goal is to help enable young men and women to meet their academic potential while conforming their behavior to acceptable standards in society, ultimately improving the quality of their lives.

We love Jim Brown because of everything he has done athletically, but what I’m most impressed with is the man himself. Great men deserve great praise, and his dedication to consistently being a courageous leader within his community is admirable on so many levels. Even during his birthday celebration when all eyes were on him, he chose to spotlight Ray Lewis’s commitment to excellence and community instead of celebrating himself, proving that he recognizes that giving is better than receiving. This reminded me of a story he told me about two notorious gangs, the Bloods and the Crips,  and how he invited their leaders into his home to discuss peace within the community. Even in the face of uncertain, potentially violent outcomes, Jim is more interested in changing the world than winning trophy’s or receiving accolades. This passionate resolve is what makes him such a unique living legend. Therefore, it was no surprise that he chose to use his birthday celebration to spotlight his mission, rather than his own milestones.

Thank you Monique for allowing me to co-host this extraordinary event that brought together so many people that love and admire Jim, and thank you to both you and Jim for making this world a better place. Everyone in attendance left inspired by your shining examples.

Below are some of my personal photos from the event 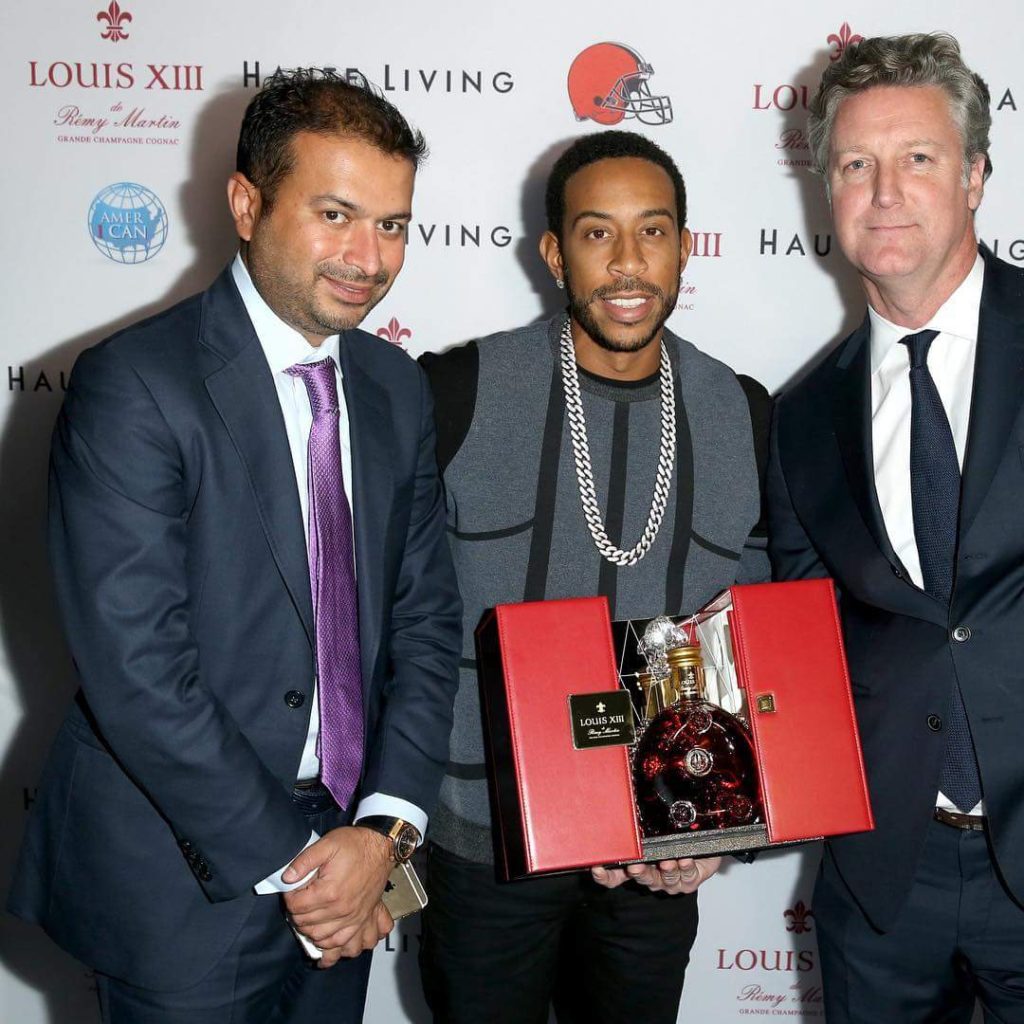 Kamal, Ludacris and the ambassador of Louis XIII 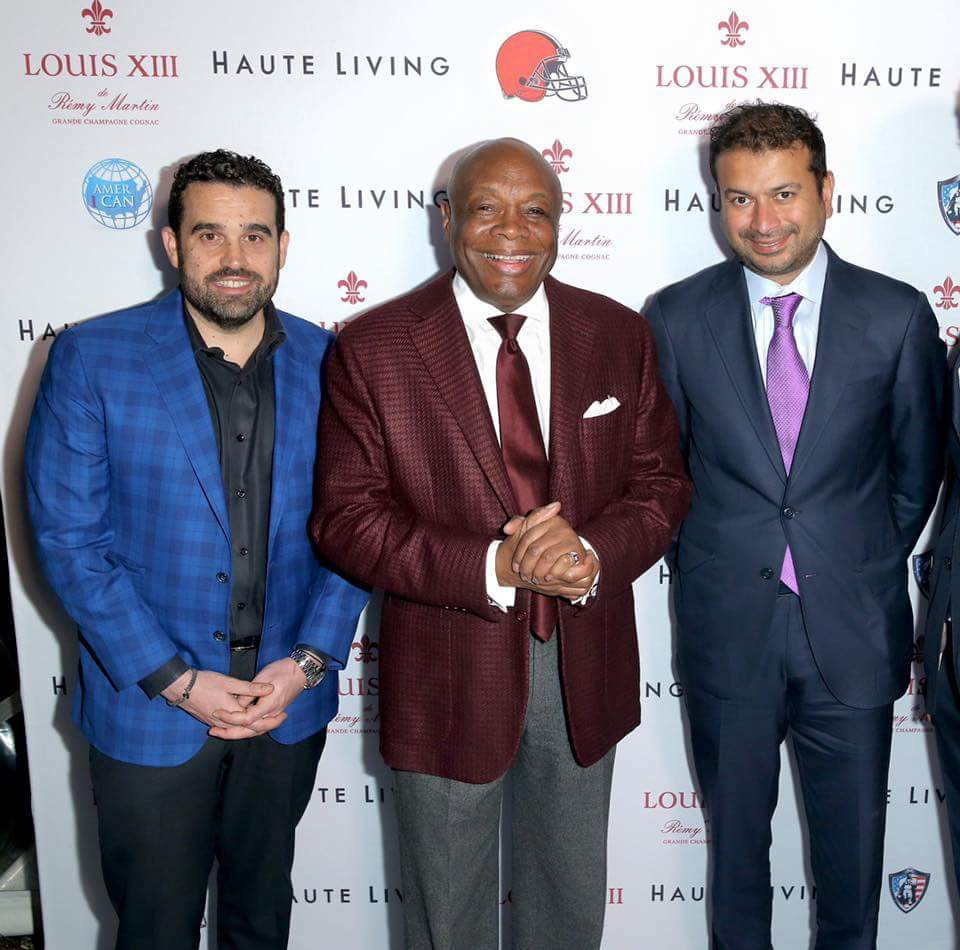 Willy Brown and the Haute Team 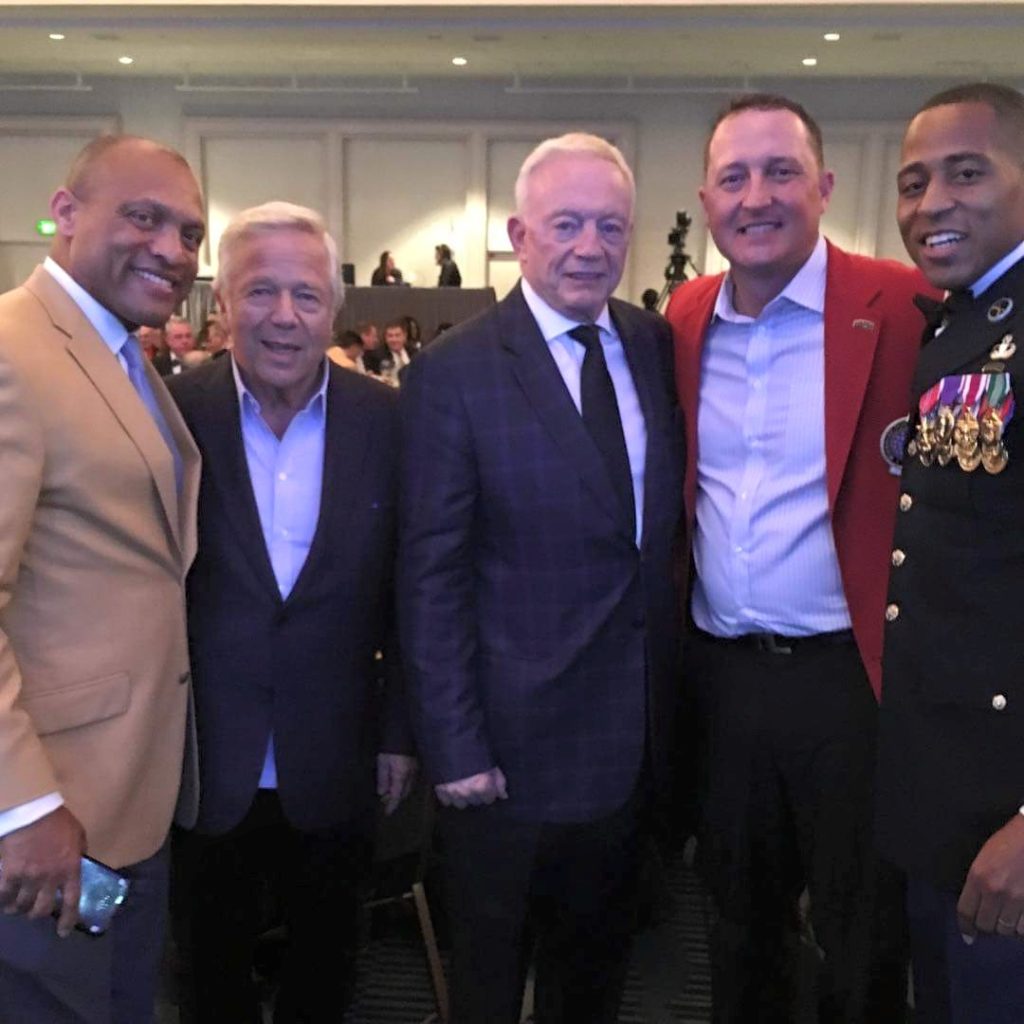 So much greatness in this photo 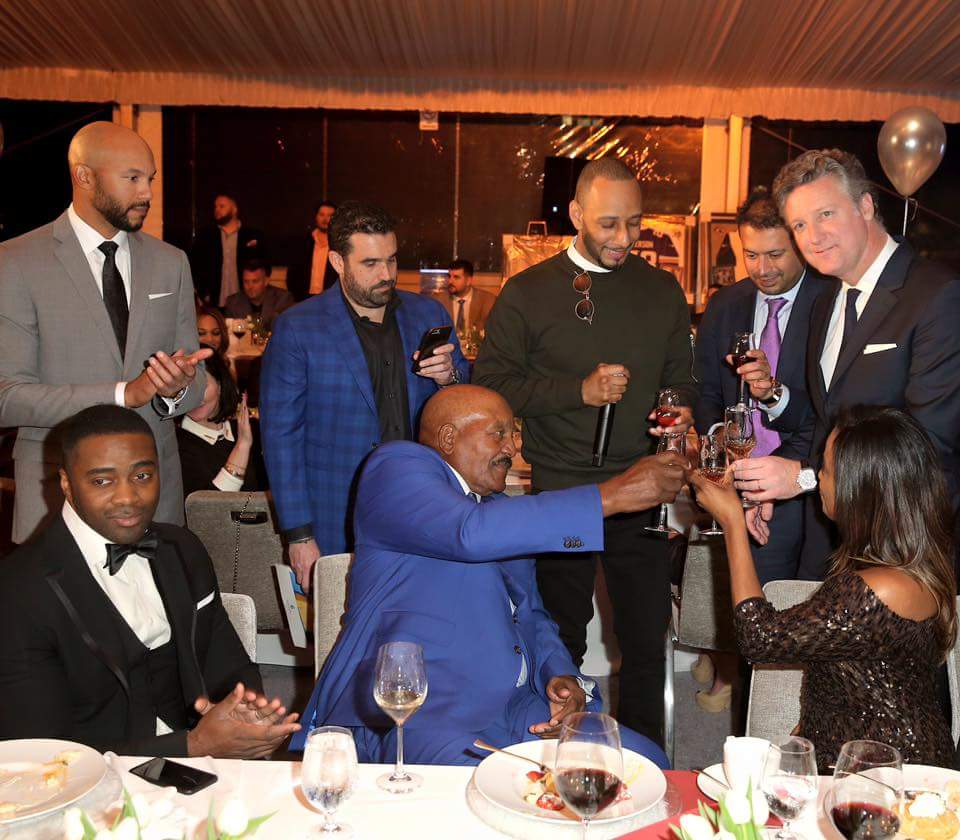 Common, Jim Brown, Monique Brown and others toasting during the celebration 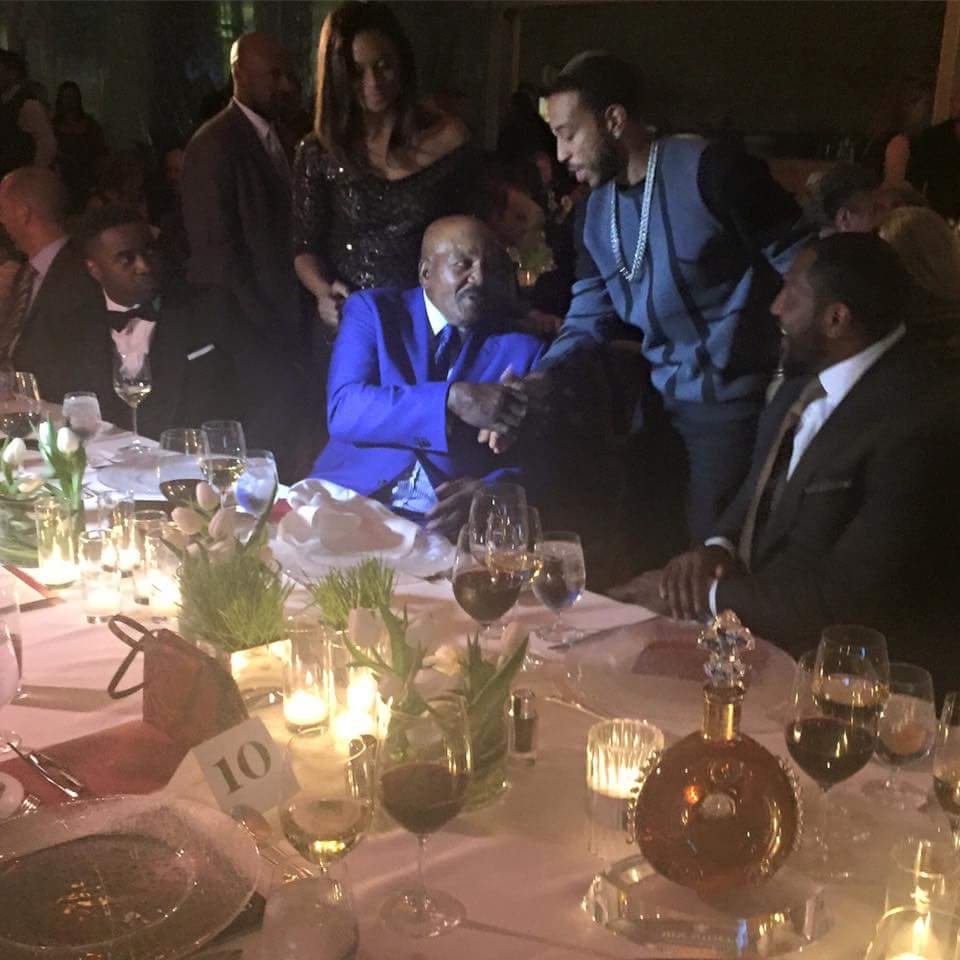 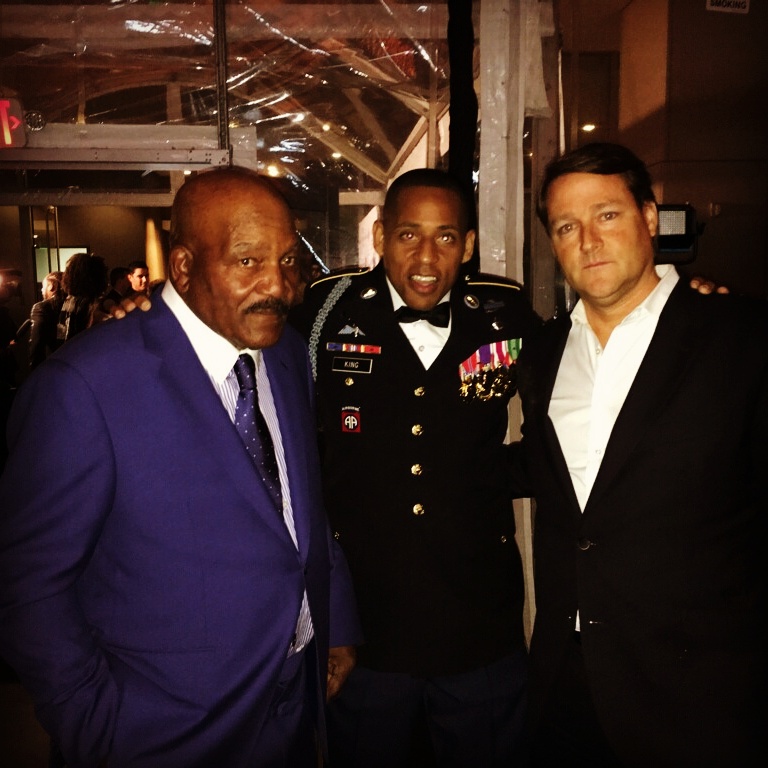 With Jim Brown and Cedrick King