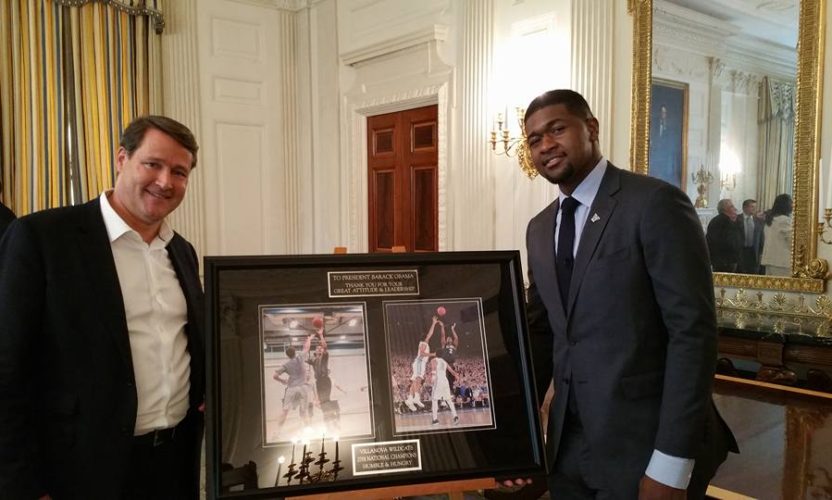 Recently, I was given the honor of joining the 2016 Villanova Wildcats as they visited the White House to celebrate their amazing victory in this years NCAA men’s basketball tournament.  This team deserves the highest recognition for what they did and how they did it. Coach Jay Wright and his championship team represent what humble – hunger and teamwork delivers.

Everyone knows how much heart and hustle this team possesses on the court, but that pales in comparison to the heart they have off the court. Coach Wright and the team dedicate an enormous amount of time helping others, including mentoring the kids from Marty Hennessy’s Inspiring Children Foundation, co-founded by my brother Ryan Wolfington. This success and recognition could not happen to a better group of men.

Thank you to Doug Rosenberg, Coach Jay Wright, President Barack Obama, and the 2016 NCAA champion Villanova Wildcats for making this extraordinary moment possible. What an experience!

For information on the Villanova Men’s Basketball team, or for the 2016 NCAA championship recap, visit their website by clicking here. 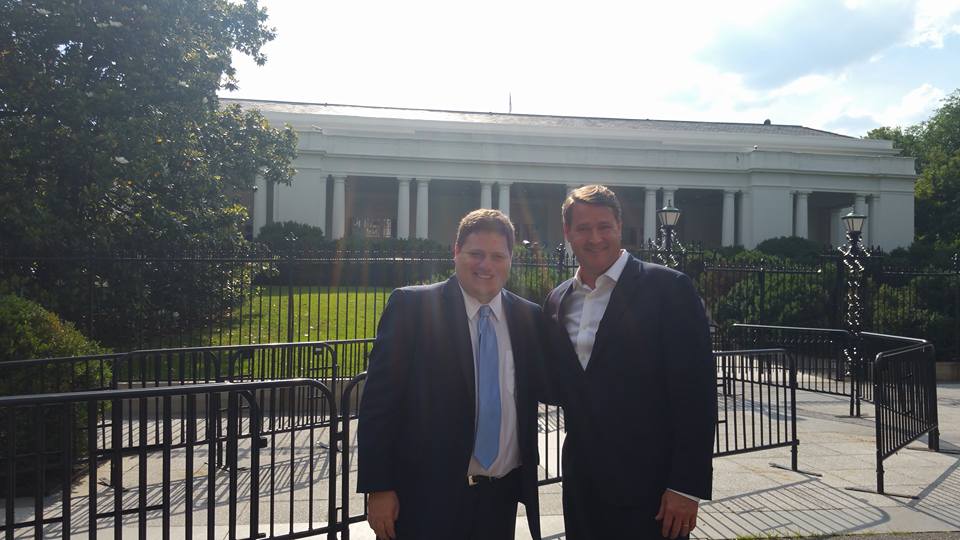 Doug Rosenberg and I outside the White House 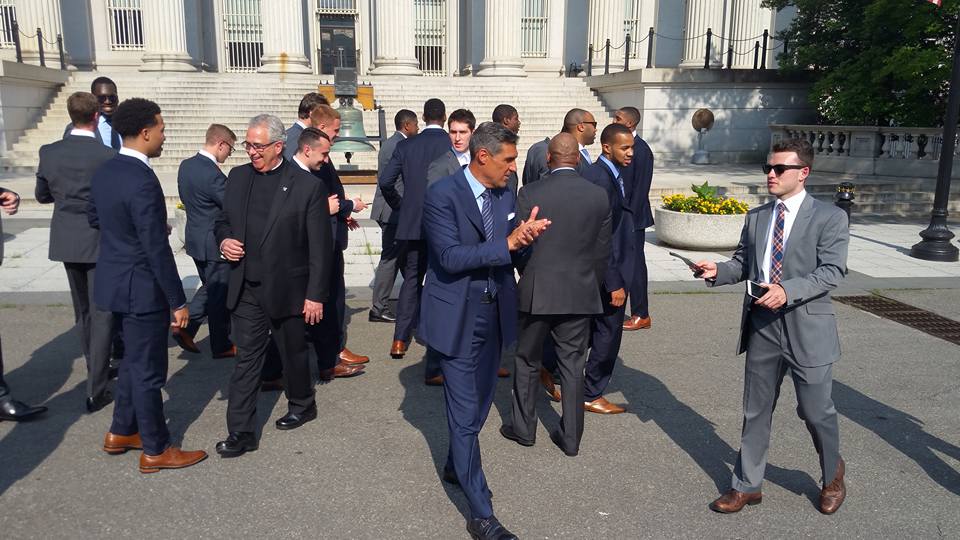 Coach Jay Wright getting the Wildcats together 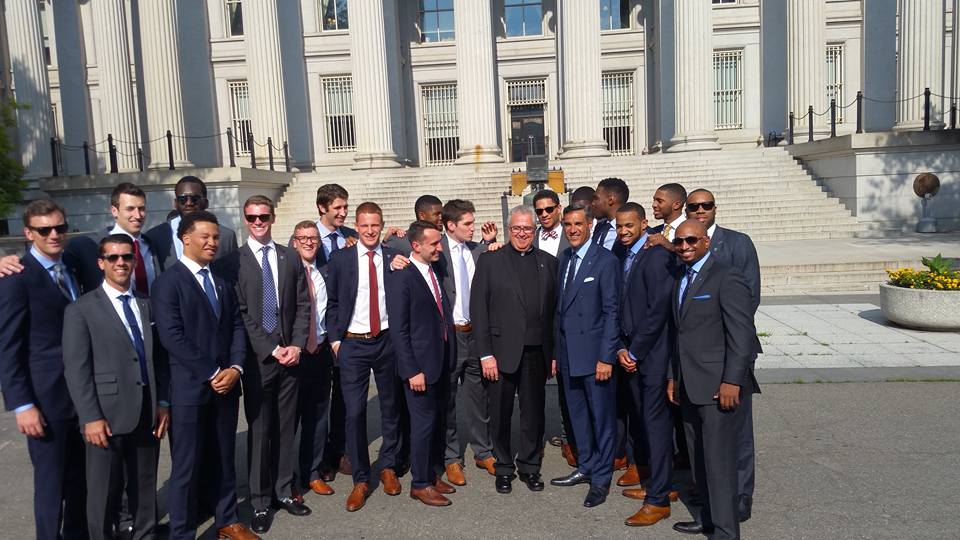 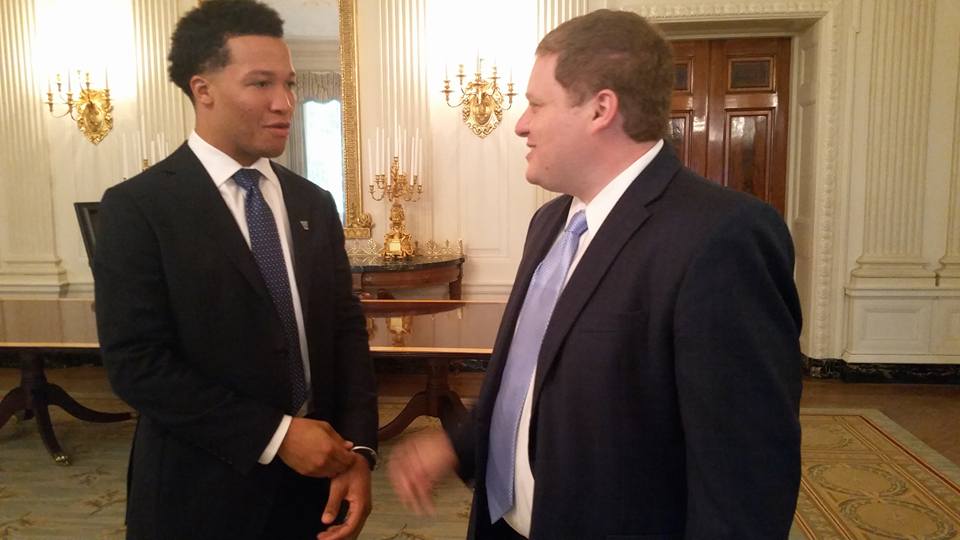 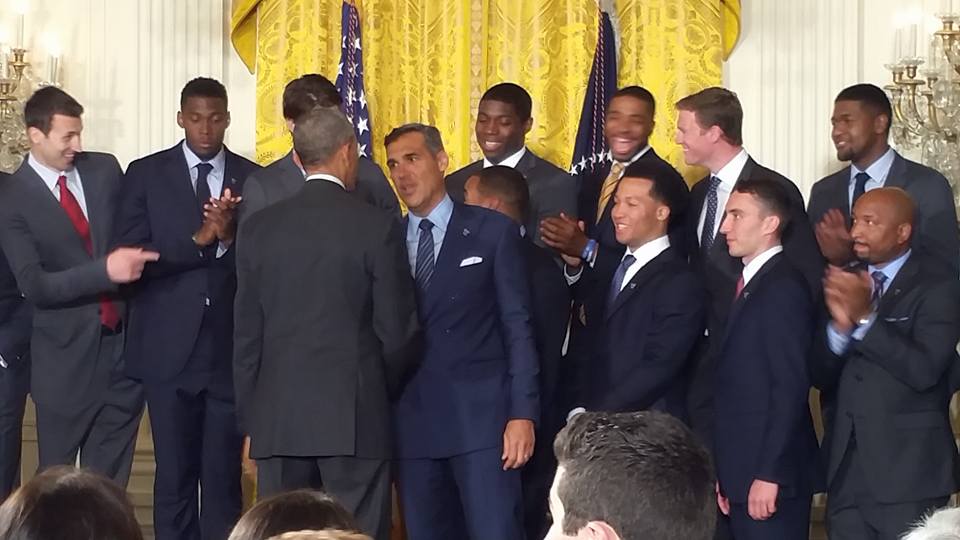 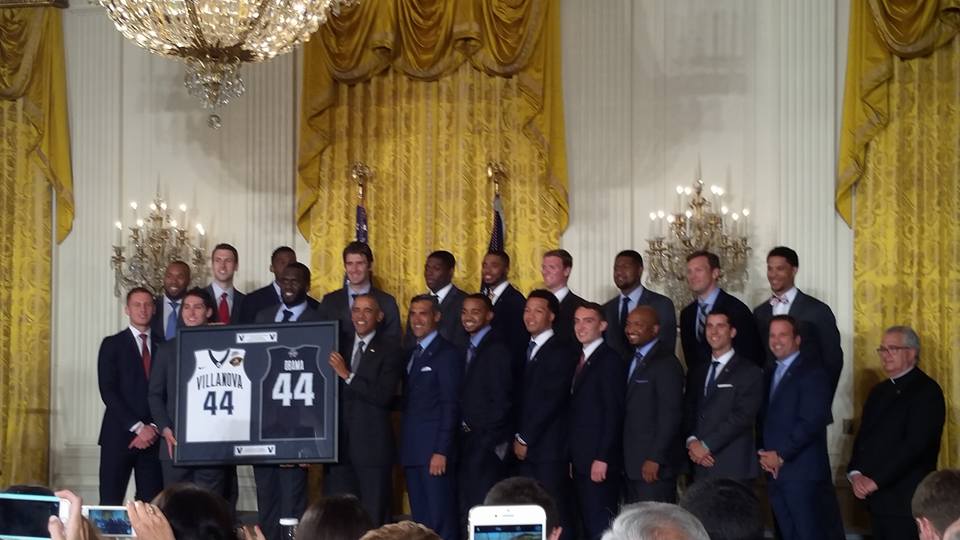 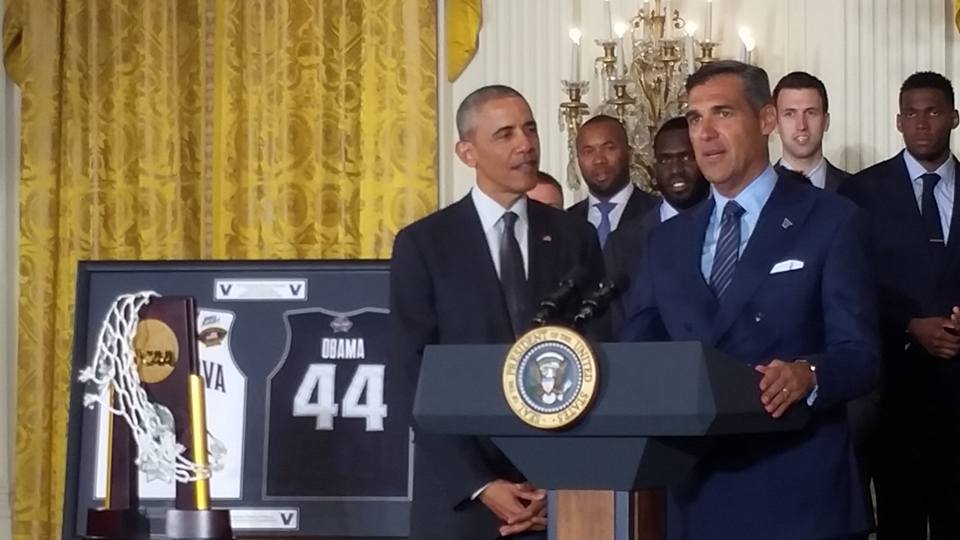 Coach of the Wildcats, Jay Wright and President Obama 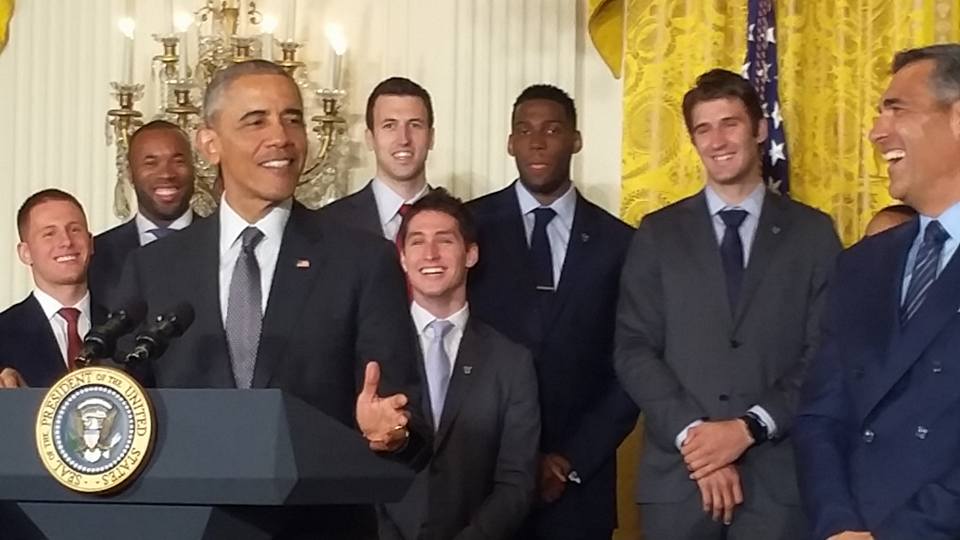 President Obama with The Villanova Wildcats 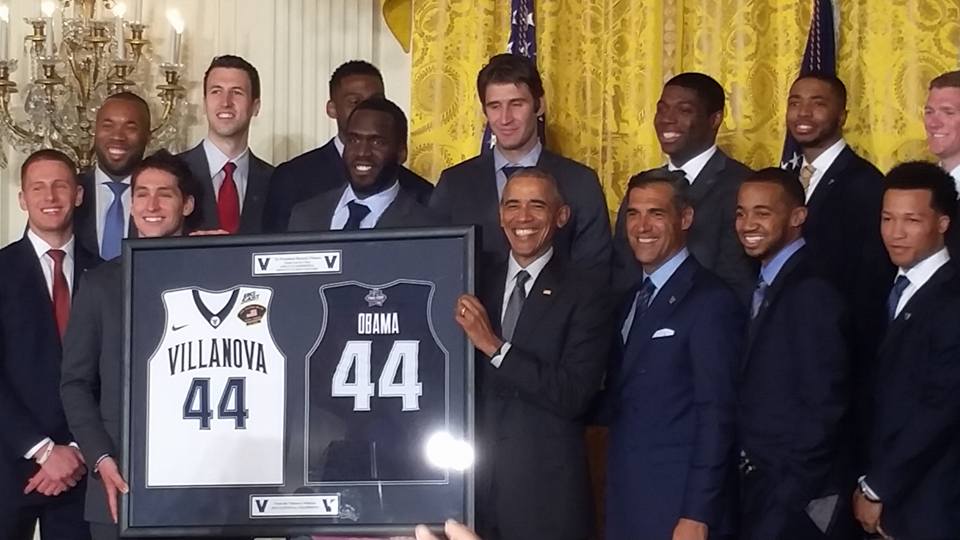 Plague featuring a jersey with the Presidents name on it, given by the Villanova Wildcats 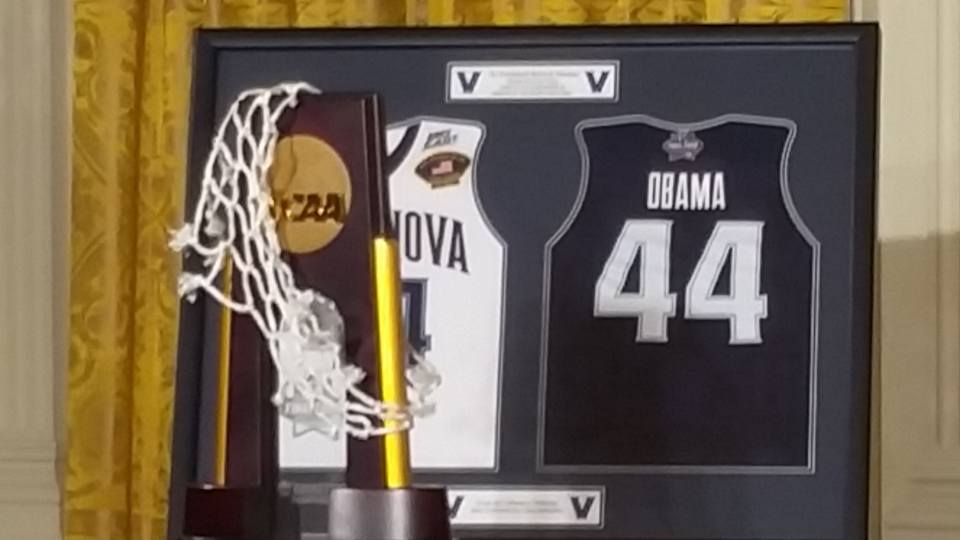 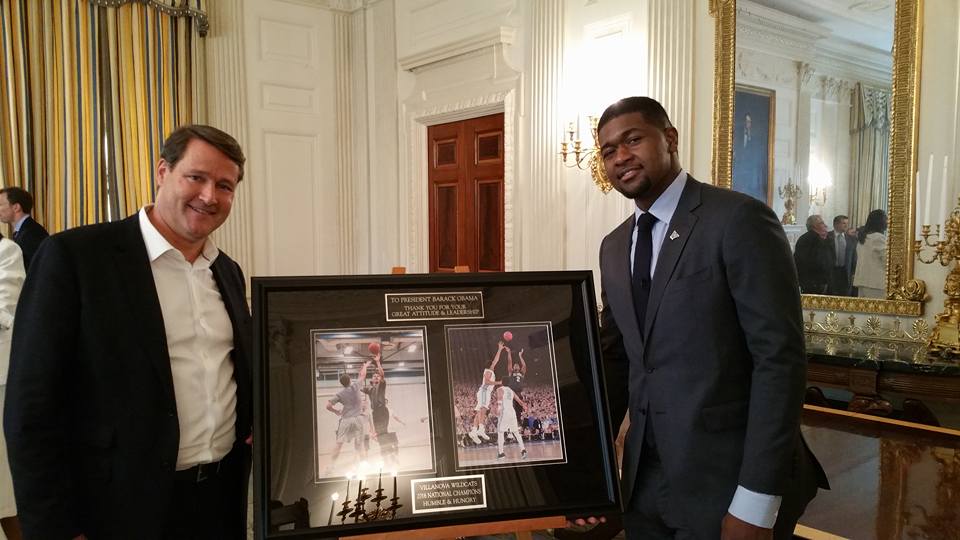 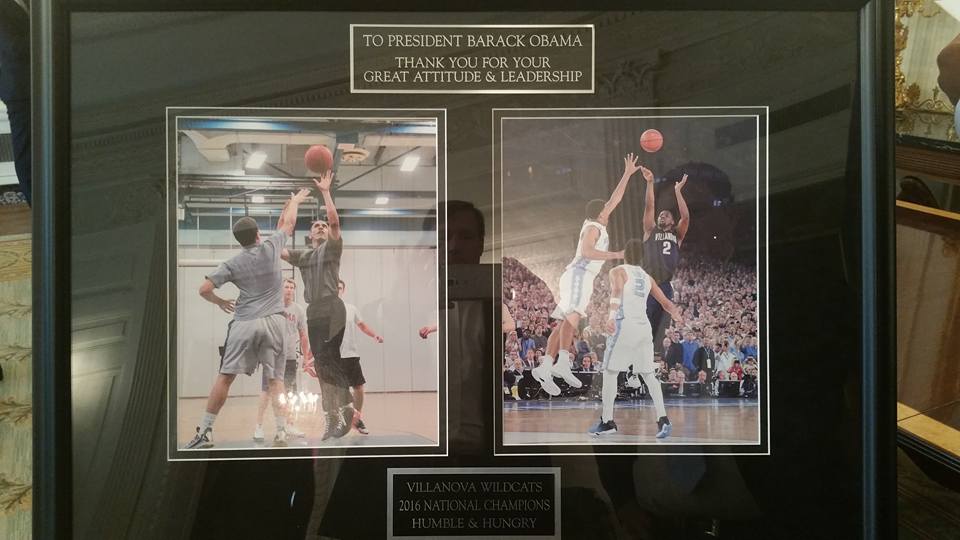 Plaque featuring both Obama taking a shot, and Kris Jenkins taking the buzzer beater shot that won the Wildcats the championship

Kris Jenkins and I