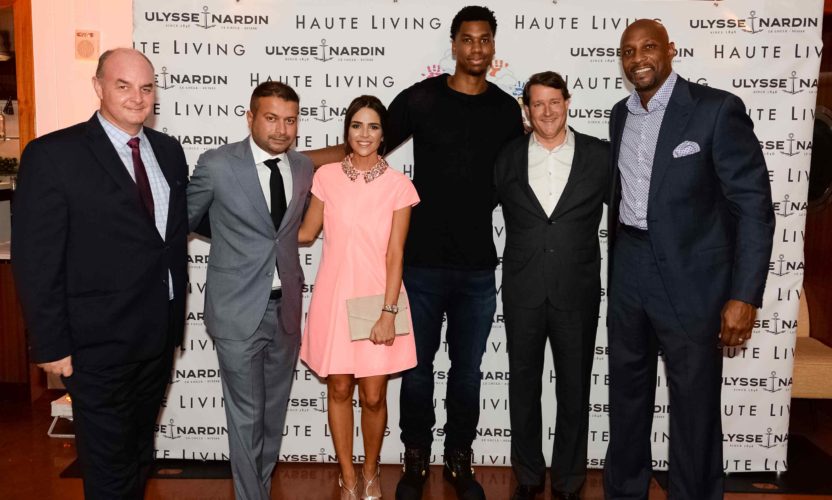 Haute Living hosted a very special evening with partner Ulysse Nardin to honor National Autism Day with non-profit organization, Nassan’s Place, and Miami Heat star Hassan Whiteside. Whiteside’s little brother, Nassan, is affected by Autism and the organization was created in order to help support other children and families affected by it as well. The night was made complete with special efforts from Haute Living Miami Humanitarian Award Recipient, Sean Wolfington, a key philanthropic player in the community who helped raise funds for the cause and bring in special elements to make it a memorable affair.

Miami’s elite gathered at the renowned Cipriani Downtown for the exclusive charity dinner where they enjoyed 5-star Italian cuisine, welcome cocktails of Tanqueray Martinis and the spot’s signature bellini’s, beats by DJ Arkitekt that kept them on the dance floor all night long, and a special music performance by Grammy award-winning artist Siedah Garrett – famous for writing Michael Jackson’s iconic Man in the Mirror, which she performed for the audience that evening.

Before dinner started, city commissioner Michael Grieco presented two special awards to Hassan Whiteside and Sean Wolfington for their outstanding philanthropic endeavors on behalf of the city of Miami. Sean Wolfington gave a heartfelt speech giving thanks to Nadine Wright-Abubakrr, president of the organization and Nassan’s mother, and others involved in the charity for its efforts to help give children and families affected by Autism a better life.

Later in the evening, a live auction took place which raised further funds for the organization. Auction items included: A Miami Heat Experience (2 court-side tickets, a signed Jersey by Hassan Whiteside and a signed basketball) from Sean Wolfington; a beautiful painting collaborated by Romero Britto and author of The Alchemist, Paulo Coelho, titled “Blessings”; a walk-on role to a Tyler Perry movie from Ozzie Arue; a Paul Gerben painting of Muhammed Ali; a stunning timepiece from Ulysse Nardin; a pre-paid apartment in Miami Gardens from the Lehman family; and a weekend getaway to Fisher Island in a world-class apartment from Karolina Kurkova and Archie Drury. 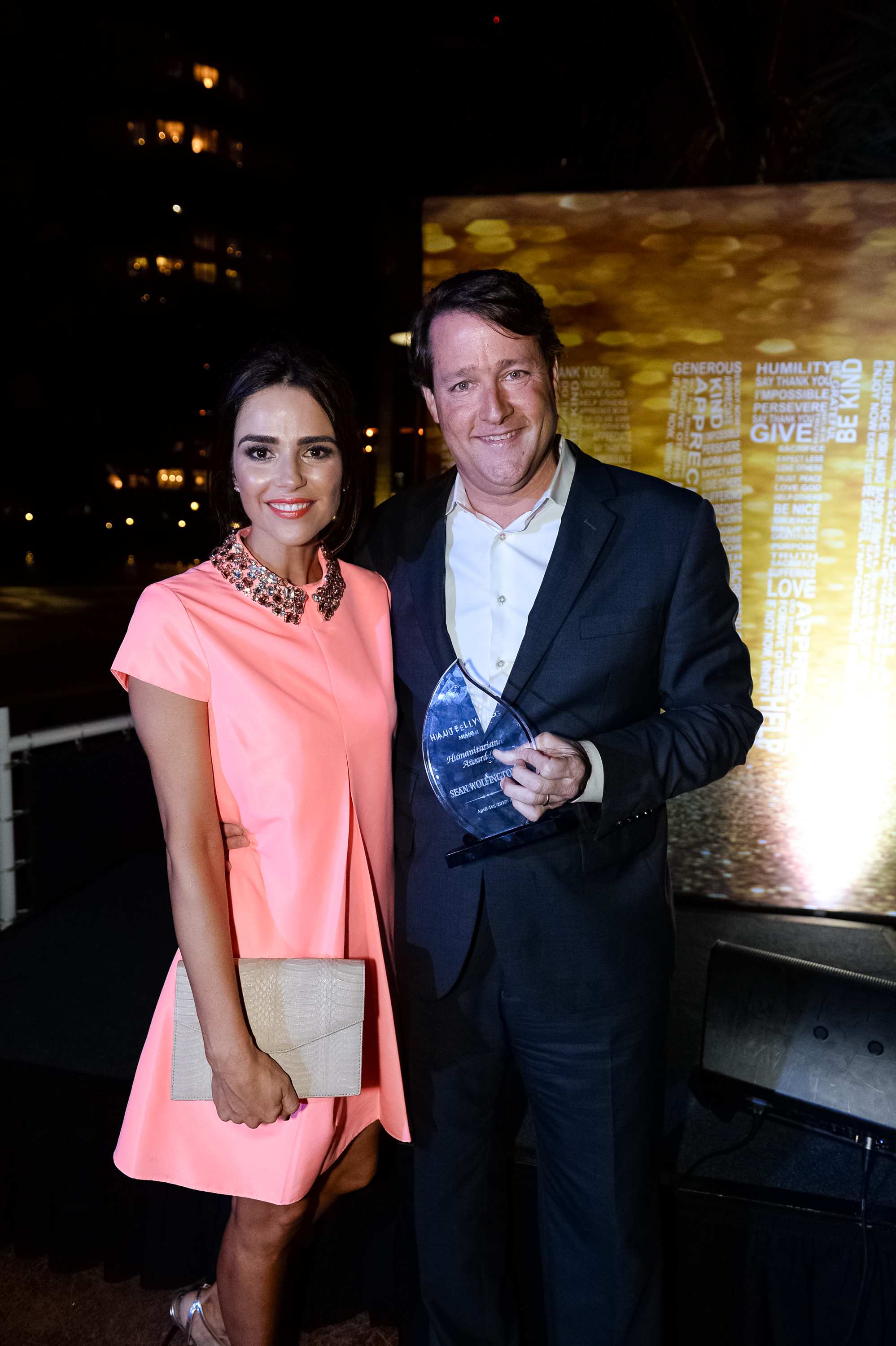 Ana and Sean Wolfington on stage at the National Autism Day Dinner at Cipriani Downtown Miami on April 1, 2017 in Miami, Florida. 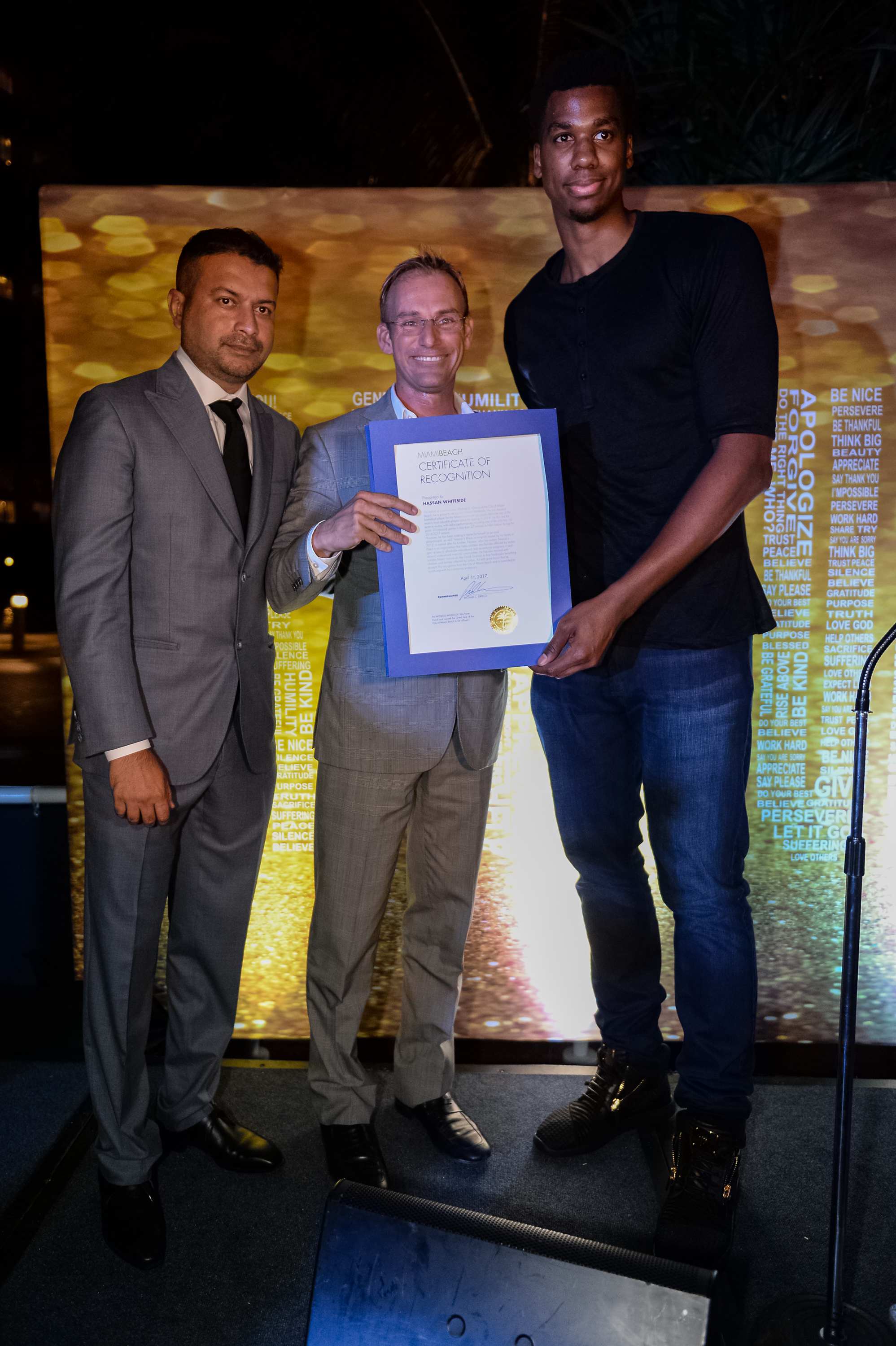 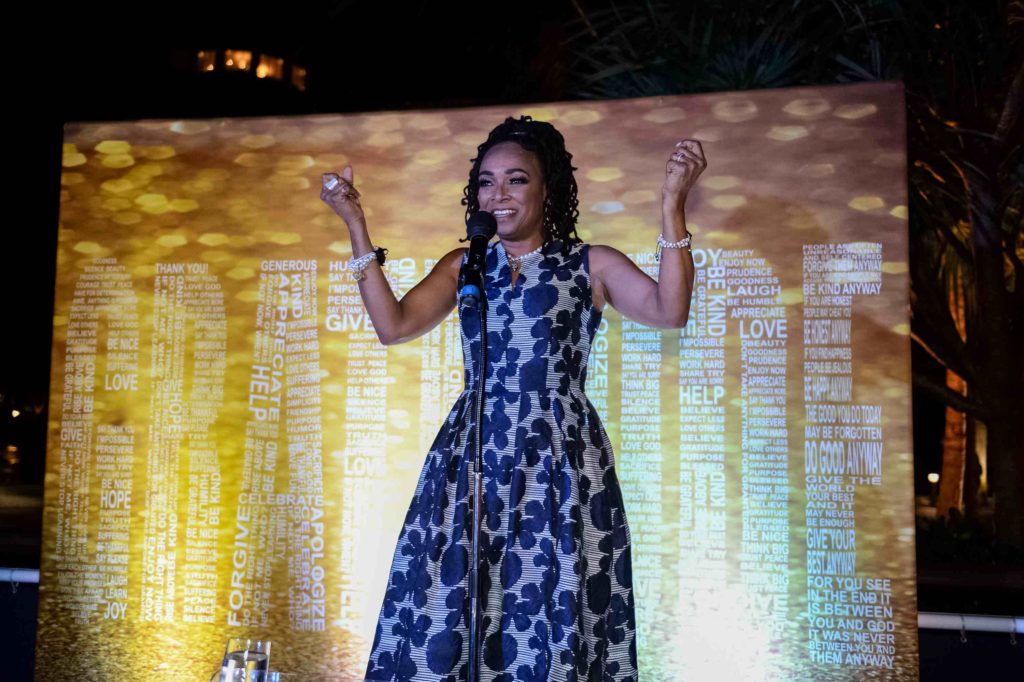 Siedah Garrett performs on stage at the National Autism Day Dinner at Cipriani Downtown Miami on April 1, 2017 in Miami, Florida. 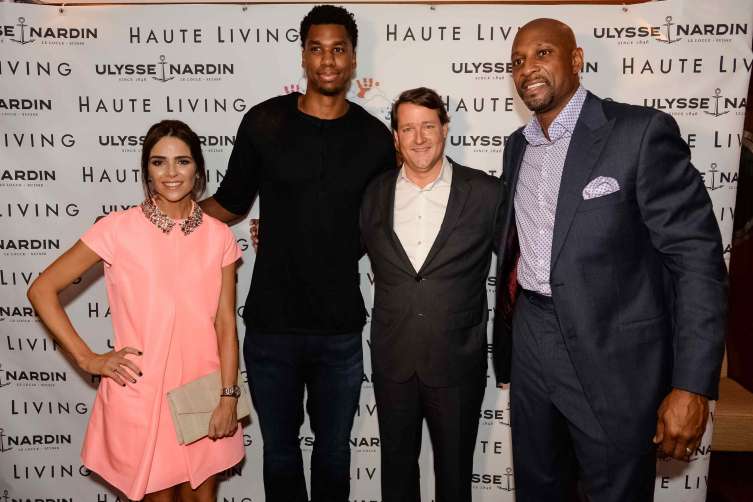